Who do you pick for a role model If you want to learn to play chess (or anything else)?

Maybe your brother-in-law who’s read a couple strategy books and challenges his buddies from time to time?

Or Magnus Carlsen, the reigning World Chess Champion with the highest proficiency rating ever?

That’s right, you want to learn from the best.

Which is why I’m bringing you arguably THE best copywriter ever, and THE most astonishing direct marketing campaign, ever… all rolled into one.

We’re taking a look at the Prince of Print and a deep dive into the madness behind his sales letter that mailed over 600 million times.

By the way, I’m not talking about 600 million emails because this was 40 years ago.

It was snail mail… if you remember actual paper envelopes and real stick-on stamps.

Now STAY WITH ME… even though you may think I’m digging up dinosaurs and the old-fashioned way of the postal service and w-a-i-t-i-n-g forever for results.

… Whether you’re using snail mail, email, or carrier pigeon… it all STILL applies.

So… let’s get to it and learn at the feet of the Prince of Print, Gary Halbert, and take you inside the wild ride of mailing 600 million actual letters that were generating over $250,000 A DAY!

The Birth of a Legend … 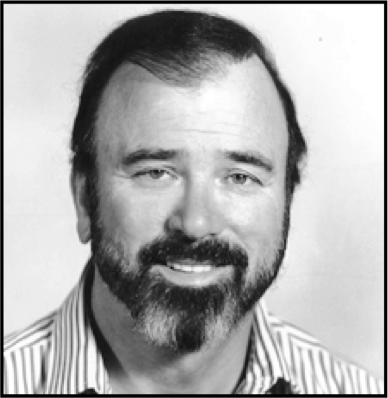 If you’re a marketing maniac you already know the sales letter I’m talking about.

It’s Gary’s “Family Crest” letter that basically launched his career… and catapulted a legendary marketer on the road to riches.

In fact, at one time Gary Halbert had 40 people JUST MAKING DEPOSITS at his bank in Ohio where they devoted their entire third floor to Gary’s business.

Here’s how it happened…

It began like so many success stories… with someone broke and desperate. 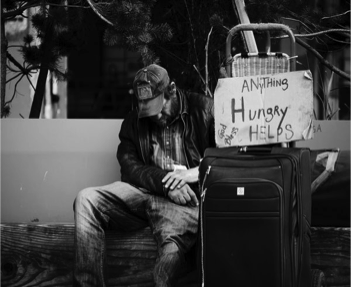 Gary was trying to make marketing work… and failing miserably.

At times he couldn’t even pay his water or electrical bill… so he lived without them when necessary.

Then one day he read about a little-old lady who was supplementing her income by sending postcards to potential customers, with a hand-drawn, black-and-white sketch of their family crest.

And, when prospects responded, she’d hand-paint the full-sized, full-color version on a walnut plaque and sell it to them.

It was beautiful, but obviously, this wasn’t a big-time operation.

When Gary read her story, he had what he calls, “The biggest epiphany of my life.”

It’s why, from that time on, he said:

“One idea, properly executed, is worth 10 lifetimes of hard work!”

Gary realized he could do what she was doing, but on a massive scale.

So he started testing by blindly, and systematically, mailing a family crest offer to lists taken directly from the phone book.

Of course, NO ONE had successfully mailed a blind offer of any magnitude because the printing and mailing would eat you alive unless you had a winner immediately.

But this was not-to-be-denied Gary Halbert.

So how did he make it work? 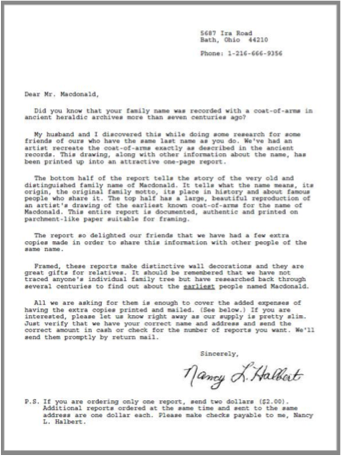 Before we get into the meat of the letter, which is a one-page masterpiece of only 343 words, it’s important to understand what Gary did with the envelope.

Because just like your emails, your sales letters, or meeting customers or clients, the first impression is everything.

This is where Gary first developed the famous A-pile/B-pile theory.

It says that everyone opens their mail while standing, whether actually or figuratively, over the waste basket.

And if they have a handful of mail, they’re throwing away as much as possible.

Everything that appears to be junk or not absolutely necessary… goes directly into the garbage.

The only things that make the cut are bills, IRS notices… and anything that smacks of being PERSONAL.

So Gary worked like a madman to make sure his envelopes would not broadcast that this was an ad.

You HAD to open the letter because it was just your name and address printed on an ordinary #10 envelope.

No offer. No teaser copy. No wild claims.

Gary even went so far as to make sure the typed letters on the envelope made a slight indentation… just like you’d do with your home typewriter.

You’re looking to delete as much as possible and as fast as you can.

That’s why you need to make every word count in the subject line, knowing the reader has an itchy finger poised over the delete key.

OK, now that the envelope is opened, what’s next?

Gary’s “Hidden Persuaders” Will Work for YOU, Too!

As you know, the devil’s in the details.

Which is why Gary did everything possible to make the letter personal, congruent, welcoming and engaging.

It’s why it was “from” his wife, Nancy, and had a soft-as-silk feel.

And the letter was typed in Courier font, which is what most typewriters used 40 years ago.

Did you know that your family name was recorded with a coat-of-arms in ancient heraldic archives more than seven centuries ago?

My husband and I discovered this while doing some research for some friends of ours who have the same last name as you do. We’ve had an artist recreate the coat-of-arms exactly as described in the ancient records. This drawing, along with other information about the name, has been printed up into an attractive one-page report.

The feel is straightforward, low key, non-threatening, and informative — all on a single sheet of paper.

So even when they open the envelope, the personal feel continues as “Nancy” talks about doing research for friends… and about “My husband and I.”

Next Gary paints an irresistible picture of what they’ll be getting.

He uses meaningful specifics instead of, as Zig Ziglar calls them, wandering generalities:

The bottom half of the report tells the story of the very old and distinguished family name of Macdonald. It tells what the name means, its origin, the original family motto, its place in history and about famous people who share it. The top half has a large, beautiful reproduction of an artist’s drawing of the earliest known coat-of-arms for the name of Macdonald. This entire report is documented, authentic and printed on parchment-like paper suitable for framing.

… Along with proof elements of being “documented, and authentic.”

Gary adds the finishing touch by revealing that their new family crest is “printed on parchment-like paper, suitable for framing.”

Then… mix in a bit of social proof, and the fact that you’re almost doing them a favor by telling them about this amazing discovery:

The report so delighted our friends that we have had a few extra copies made in order to share this information with other people of the same name.

It’s all understated and subtle… like name dropping at a party in a way that seems like you did it by accident.

And finally, we slide gracefully into the pitch which seems more like information than trying to sell anything:

Framed, these reports make distinctive wall decorations and they are great gifts for relatives. It should be remembered that we have not traced anyone’s individual family tree but have researched back through several centuries to find out about the earliest people named Macdonald.

All we are asking for them is enough to cover the added expenses of having the extra copies printed and mailed. (See below.) If you are interested, please let us know right away as our supply is pretty slim. Just verify that we have your correct name and address and send the correct amount in cash or check for the number of reports you want. We’ll send them promptly by return mail.

Again, it’s not from the greedy marketer Gary, but from his caring and generous wife (I didn’t duplicate the handwritten signature, but you can download the original at this link).

P.S. If you are ordering only one report, send two dollars ($2.00). Additional reports ordered at the same time and sent to the same address are one dollar each. Please make checks payable to me, Nancy L. Halbert.

EVERYTHING about Gary’s letter is applicable to the internet.

Because we’re talking about persuasion elements that NEVER go out of style.

So study this letter greedily… but only if you’re interest in massive sales.

And give us your comments below.