All people are searching for structure – a sense of order and predictability in their lives. This is one of our prime motivations as human beings …

And we persuaders are no different. We want a framework for persuasion that will hand us the keys to the kingdom … and all of the fame, recognition and financial independence we’re owed.

Well today my dear comrade of the pen, I’ll give you that structure.

It is the selling story.

Facts and features on their own go in one ear and right out the other, but when they are wrapped in the emotion of story, they become memorable. Stories are our natural way of processing the world, and when you practice their execution to perfection in your sales and marketing, YOU become unstoppable!

So what makes a powerful selling story? Here are the essentials …

The Storyteller’s Enthusiasm – Before you can tell a convincing sales story, it is imperative that you know why you’re telling it.

You must be thoroughly sold on the value of the intended transformation that is the goal of your sales story.

How do you obtain that magic dust? Well that’s easy …

You must be a devourer of your own dog food. Your passion for it must border on obsession, like a rabid hyena on a gazelle carcass.

If you’re not an experiencer of its benefits and stark raving fan, best find another way to ply your storytelling craft.

Without a fire in your belly, you’re wasting your time. 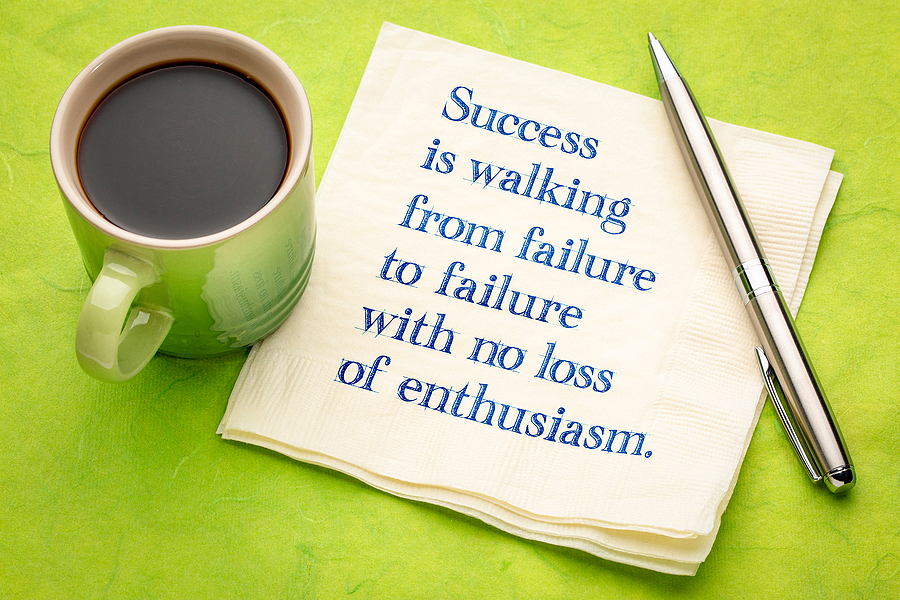 The Hero – All of the excitement and enthusiasm in the world won’t do any good if there’s nowhere to put it. That’s where the hero comes in.

The hero is both a thought leader who guides his followers through the narrative, and a surrogate through whom they project themselves into the story.

Having a hero who your prospects can easily identify with, and who can comfortably usher them into your sales story is crucial to your success.

One of the defining features of any successful sales story is the psychic involvement of your audience. You don’t want them standing passively on the sidelines. You want them stepping into the hero’s shoes and actively participating in the drama.

Recently, I wrote a promotion for an investment newsletter that focuses on value investing. It was an advertorial, and a large part of the copy dealt with the investing philosophy of Warren Buffett. In a lot of ways, Buffett is the quintessential hero, and I did my best to “borrow” as much of his mojo for my client as humanly possible …

Buffet has an uncanny ability to make the complex sound simple, and he does it largely through metaphor. He communicates in a very down to earth way that people can easily understand and identify with.

His unassuming manner makes them feel his conclusions are their own. And he claims no monopoly on perfection, instead joining the common man on the investing battlefield. He does exactly what all great heroes must. He leads from the front, as you can see from this quote:

“Charlie (Munger) and I can’t promise you results. But we can guarantee that your fortunes move in lock step with ours. We have no interest in large salaries or options or other means of gaining an “edge” over you. We want to make money only when our partners (shareholders) do, and in exactly the same proportion. Moreover, when I do something dumb, I want you to be able to derive some solace from the fact that my financial suffering is proportional to yours.”

The storytelling lessons are clear. 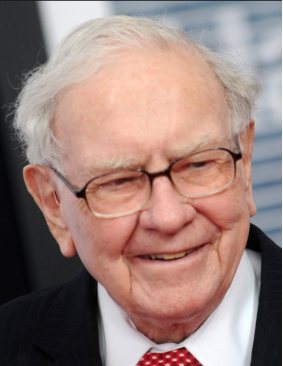 All great sales story heroes draw us to them magnetically, because they demonstrate the qualities we both admire and would like to see ourselves possessing.

Among these the willingness to take a moral stand on something for no other reason than it being the right thing to do.

At the same time, they are complex and imperfect characters, capable of surprising us, and keeping us on the edge of our seats as we envision our own lives vicariously through their journey.

The Adversary – Every hero needs a worthy nemesis, and without one you don’t have a sound selling story. The adversary is what’s keeping your hero from achieving his goal.

It doesn’t have to be a person or a group of persons – if your hero is fighting cancer, the adversary may be the disease itself. 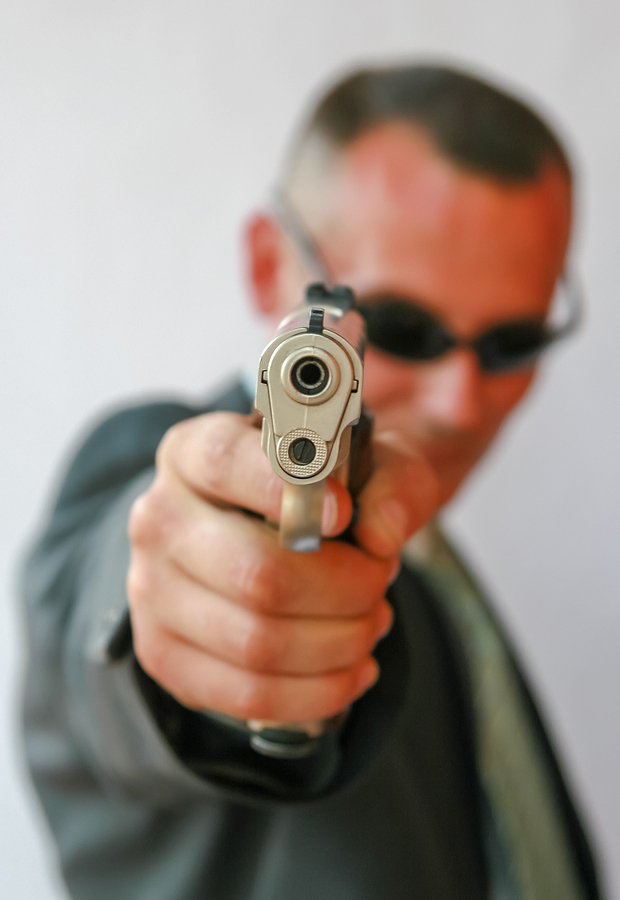 Regardless, the conflict between hero and adversary is a powerful trigger for your prospect’s emotions. If the hero faces no obstacles, there really is no story.

We all want to avoid pain, and obtain pleasure.

To do so means doing battle with our own internal and external adversaries. We are therefore instinctively interested in how other people deal with them.

Funneling this curiosity into the narrative is what releases the emotions that wrap around the facts and features of your offering, giving power to your selling story.

The adversary galvanizes hero and prospect as comrades in arms, fighting against a common enemy, and a bond of trust and friendship is formed.

The Realization – Every great selling story has a forehead slapping magic moment, when both the hero and the prospect see the problem for what it is and understand what they need to do to win the fight. Naturally this realization is tied to your offering.

In a bad story it might be a moment of dumb luck, or some character we’ve never met before showing up with the secret. But in a powerful selling story it’s always a surprising and imminently satisfying “aha moment”.

Picture Peter Falk as Lieutenant Columbo exiting the scene of an interview, invariably stopping in the doorway or returning a moment later to ask “just one more thing” of a suspect. The “one more thing” always unlocks the key to the mystery in a blinding flash of realization.

In real life, these moments are very brief, almost like flashes of lightning, and it is sometimes easy to leave them out. Putting them in is crucial.

The Transformation – Armed with the realization, the hero takes action, and vanquishes his adversary. The result is a bright new reality, filled with happiness and satisfaction. Where earlier in the story this perfect new reality could only be imagined by the hero, now it is real for him.

The prospect sees and feels the hero enjoying the rewards of this transformation. You help him to experience these joys mentally through the vivid imagery you use in your copy. Realizing it is just a daydream as far as he’s concerned, naturally he is jealous. And so beckoned by the hero, he buys, and joins the hero in the Promised Land.

Remember, the mind thinks in relative terms. Your prospects understand and remember things better if they can associate them with things they are already familiar with.

Why don’t you book a free Science Of Client-Getting strategy call and we’ll help you to assemble your selling argument in a way that falls neatly in line with the mental pathways your prospects are accustomed to traveling?

You’ll dramatically increase your odds of successfully influencing them and inspiring them to action. 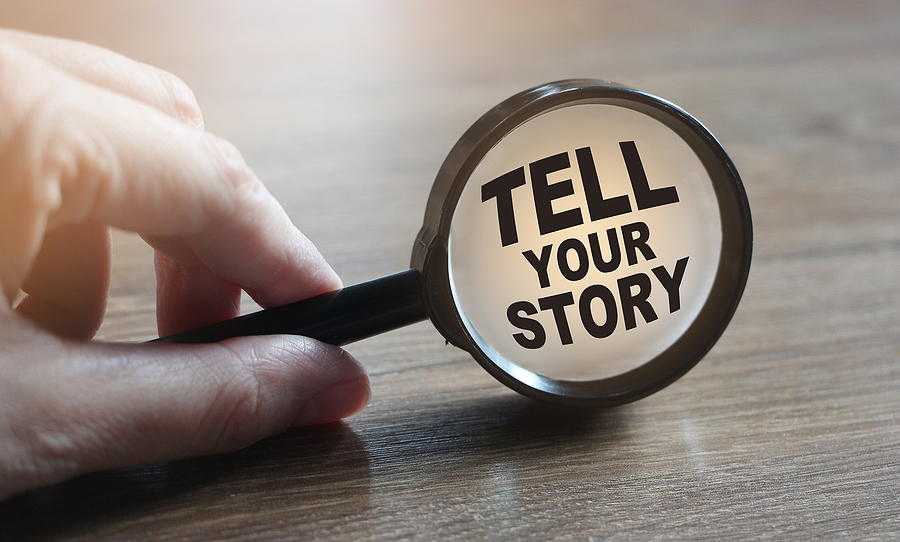 The most powerful and central pattern our minds have for making sense of the world are the storytelling elements: the storyteller’s passion, the hero, the adversary, the realization, and the transformation.

Use them to your advantage!