Have you ever experienced a time when the words just seemed to flow from your fingertips like water onto the page?

Bombs could have been going off outside and you scarcely would have noticed. In what seemed like no more than a few minutes, an hour of pure joy passed, and you had written pages of copy.

If you’ve ever experienced that … then you’ve probably had the opposite experience as well — a day when getting just a few words out onto the page was sheer agony and you hated every minute of it.

You’re the same person, with the same talents. You should have the same resources available to you.

As strange as it may sound, the simple fact is, you were actually operating from different levels of intelligence.

People who achieve excellence in any creative field — copywriting included — are masters at consistently tapping into the most resourceful parts of their brain.

It’s what allows them to repeatedly slip into that “flow state” that leads to super-achievement. 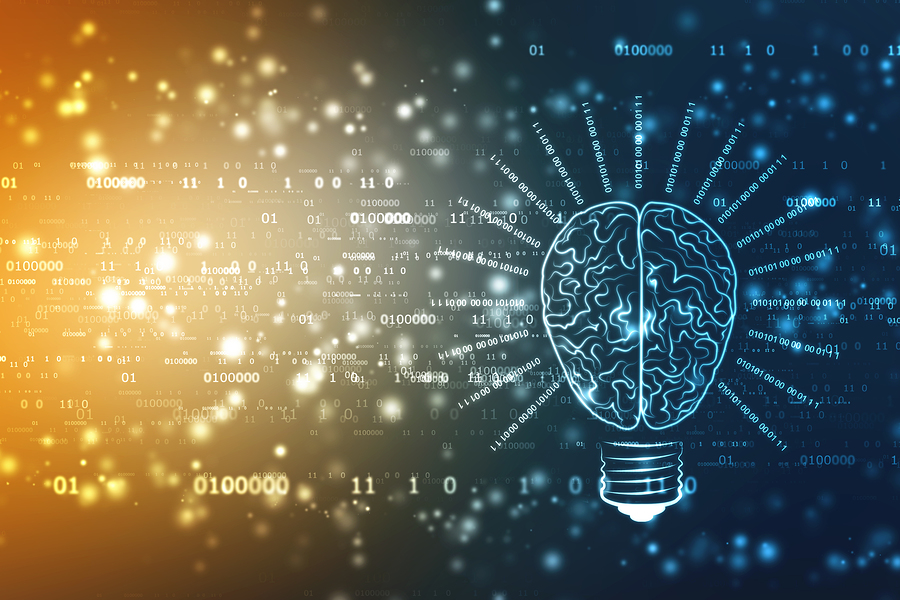 Recently, I watched a video where Anthony Robbins was talking about human needs. Whenever I hear someone talking about that my ears perk up. He said two of our greatest needs in life are “certainty” and “uncertainty.” I know, it sounds like some kind of Zen mind freak. And in a way it is …

More than that, it struck me as a very relevant concept when it comes to consistently maximizing your creative intelligence.

Allow me to explain …

When unforeseen difficulties in our day to day lives come out of the woodwork and demand more attention than we care to give them (uncertainty overload), the natural response for most of us is to experience stress.

And when you experience stress, you become fixated on the source of that stress. You become increasingly emotional. And your cognitive function decreases.

Think back to a time in your life when you were intensely afraid or angry, and you’ll know that it’s true. Your rational mind basically shut down in those extreme situations and your reptilian brain took over.

Your ability to think rationally was seriously compromised … you found it all but impossible to hold thoughts in working memory … and your ability to plan and organize essentially shut down.

In short, your concentration was commandeered by the object of your fear or anger in what’s known as the fight or flight response.

The frenetic pace of modern life … incessant demands for our attention … constant and rapid change … and the inherent erosion of certainty that arises from such complexity can easily create a similar cognitive deficit.

At the other end of the spectrum, we all need a certain amount of uncertainty in our lives as well.

When things become too predictable you get bored. Your mind wanders. And your motivation vanishes.

I’m convinced the illusive “flow state” lies somewhere in the middle — at the point where you’re experiencing just enough stress, but not more. And this applies to your life in general as well as your writing.

Boredom runs away when the certainty of your ability to ace a given writing task is challenged. You experience healthy levels of stress and along with it your motivation and ability to focus on the task at hand is increased.

Flow state peaks at the intersection of a task’s difficulty and your perceived ability to stretch yourself enough to match its demand. Beyond a certain level of uncertainty in your ability to rise to the challenge, you become over-stressed, and your cognitive function diminishes.

Are there strategies you can use to modulate your stress levels in ways that maximize your creative intelligence — regardless of the demand? Imagine the possibilities.

How to access the most resourceful parts of your brain … 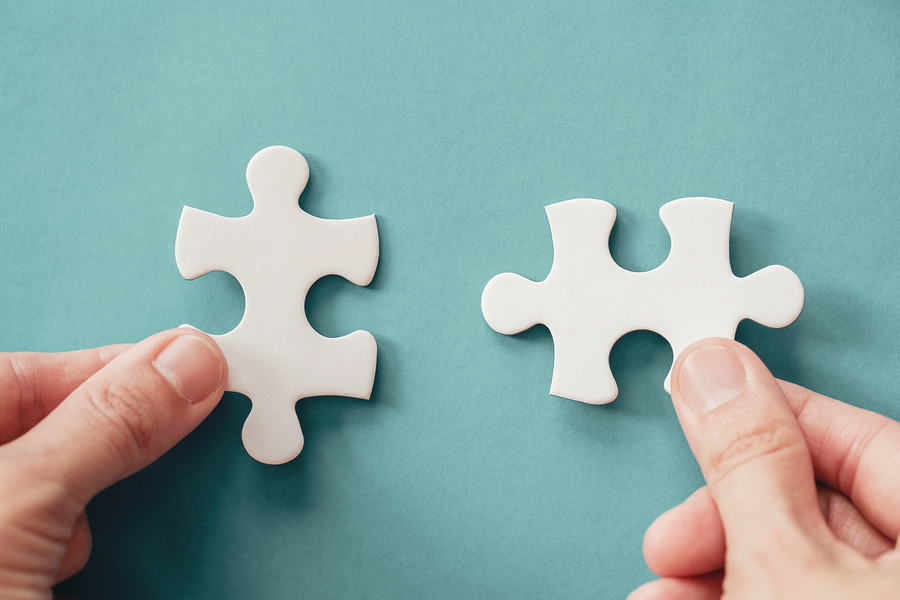 Stress and boredom aren’t things that just happen to you. They are the result of the thoughts you think and the choices you make. You see or hear something, and you ascribe meaning to it. That meaning can leave you lethargic. It can move you toward optimal levels of stress. Or it can put you into the red zone of stress overload.

People who are highly effective take charge of the frame they put around their life experience. They realize that all experience is subjective.

What we experience through the senses is a mere facsimile of what really exists. Reality is filtered by the brain. If there is such a thing as objective reality, nobody knows what it is.

A hundred people can experience the same event and no two of them will see, hear, or feel the same thing. Everyone will distort the experience based on their own biases and predilections. They’ll delete the parts they feel they don’t need. And they will generalize the information to fit neatly into some pigeonhole in their mind they have created through past experience. (That’s why appropriate metaphors and analogies are so incredibly powerful.) We all do this.

And as far as reality goes, one person’s frame is as valid as the next person’s frame. But not all frames are equally empowering. And therein lies the secret …

Since you don’t know how things really are, why not frame your perceptions in ways that empower you?

Mentally begin to play with the idea of complete and utter success in everything you do. Train your mind to see the advantage in every situation you encounter. And learn to see the wonder in all things large and small.

Gradually, as you consciously begin framing your everyday experience in this way, you will find yourself in flow — crackling with inspiration and creative energy. And it’s because you’re actively choosing to react to your environment in ways that create the optimal stress response. 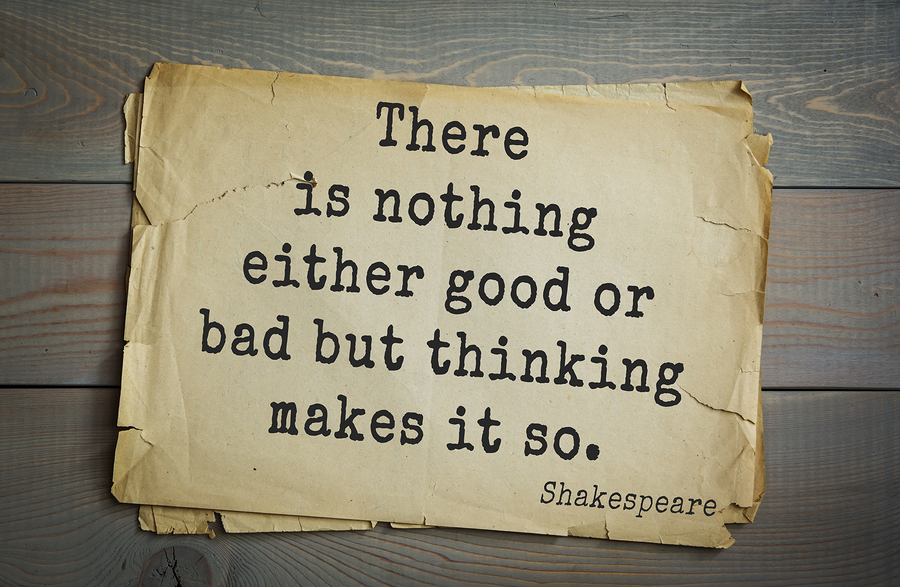 When you become aware of sub-optimal stress levels, exercise your creative imagination by reframing your perception of the event that’s causing you stress.

The same thing works with boredom. Play games with writing tasks that are too easy. Try to perform them in record time. Approach them in fresh new ways. Practice present moment awareness in your everyday life, paying attention to the wonders of life that exist all around you.

Rekindle your childlike curiosity and you’ll be surprised at how inspiring the most mundane activities can become.

I’m reminded of a story my Grandfather told me as a young boy that I’ve used over and over again as a potent little mind freak for banishing fear of failure — perhaps the most vicious flow state killer of them all.

He was a fantastic musician, my Grandfather. And one of his idols was the great violinist, Jascha Heifetz. If you don’t recognize the name, this guy was the Jimi Hendrix of classical violin. 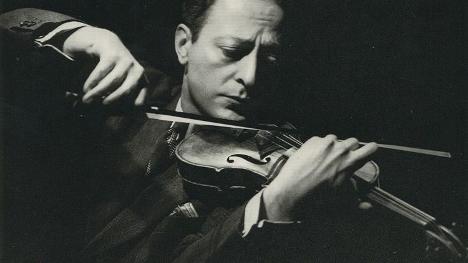 One day, a young child prodigy came to audition for Heifetz in the hopes of studying under the grandmaster. At the end of the audition — with bated breath — the potential disciple awaited the verdict. Did he have what it took to become a concert violinist?

Heifetz looked at the young musician arrogantly and said, “You lack the fire.”

Years later, Heifetz ran into this individual again at some function or another. The boy had grown up, hung up his violin, and gone on to become a prosperous businessman.

Recalling their previous encounter, the man said to Heifetz, “You changed my life. I was bitterly disappointed when you told me I lacked the fire. But I accepted your judgment.

“Instead of becoming a 4th rate musician I went on to have a good life in the business world. I’ve always wondered, though. How could you tell so quickly that I lacked the fire when I auditioned for you all those years ago?”

“Oh I hardly listened to a note you played”, the old master said. “That’s what I tell everyone who auditions for me — that they lack the fire.”

The man’s jaw practically fell to the floor. “How could you do such a thing?” he said. “What if I were to have become the next Yehudi Menuhin?”

Heifetz shook his head and said, “You don’t understand. If you had had the fire, you wouldn’t have paid any attention to me.”

At some point after hearing that story repeatedly, I began to play a little game with the voice in my head that says, “You can’t do that.” My conditioned click whir response became “The hell I can’t!” Perhaps that was my Grandfather’s intention.

The moral of the story is this: Don’t let anyone (or anything) mess with your flow state — including yourself.