For the better part of my life I’ve been selling. Selling face-to-face, nose-to-nose, and belly-to-belly with prospects and customers as a sales rep … selling other sales reps on their own abilities as their manager and mentor, … selling in print and on the Internet.

And the most valuable lesson I’ve ever learnt?

Selling success is 80% attitude, and 20% aptitude. Sure you need skills, there’s no question. They all add up. But it’s your attitude about your work that multiplies your performance.

And it’s summed up in this immortal quote from Emerson …

“Who You Are Speaks So Loud I Can’t Hear A Word That You’re Saying!” 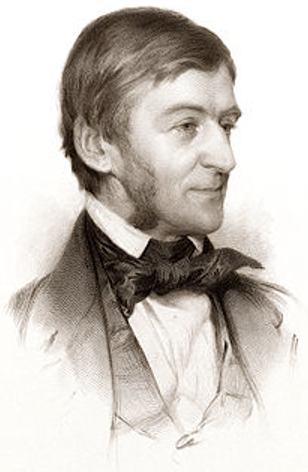 Allow me to explain by completing the analogy …

Congruency means everything about you communicates the same meaning: the words you speak … your body language … your tone of voice … your facial expression … everything.

Selling is the transference of emotion, and congruence is what gives power to that transference.

Put two humans together in a room, and their emotions will harmonize in the direction of the most congruent individual.

Congruence and emotion are the result of what you believe deep down in your subconscious. Let’s see how this works …

Throughout the day, your subconscious mind, and its deep-seated beliefs interact with your conscious thoughts. This interaction is the source of your emotions.

And no matter how brilliant your sales argument, your prospect will be left with a feeling that something’s not right, and will fail to act.

For example, if you secretly believe “it’s all about me”, no matter what you say to convince your prospects that you have their best interests at heart will convince them.

If you unconsciously believe “I’m motivated by my need for money”, all of the reasons you give the prospect for taking action on your proposal no matter how sound, are suspect.

Not only that, you will find it exceedingly difficult to close, because there is a conflict between what you consciously seek to communicate to the prospect, and what you  unconsciously believe.

Your body language … tone of voice … inflection … and facial expression communicate more than the actual words spoken. And your subconscious beliefs determine them. This is what Emerson meant when he said, “Who you are speaks so loudly I can’t hear a word that you’re saying.”

Three Common Mindsets That Neuter Your Copy, And Kill Your Response … 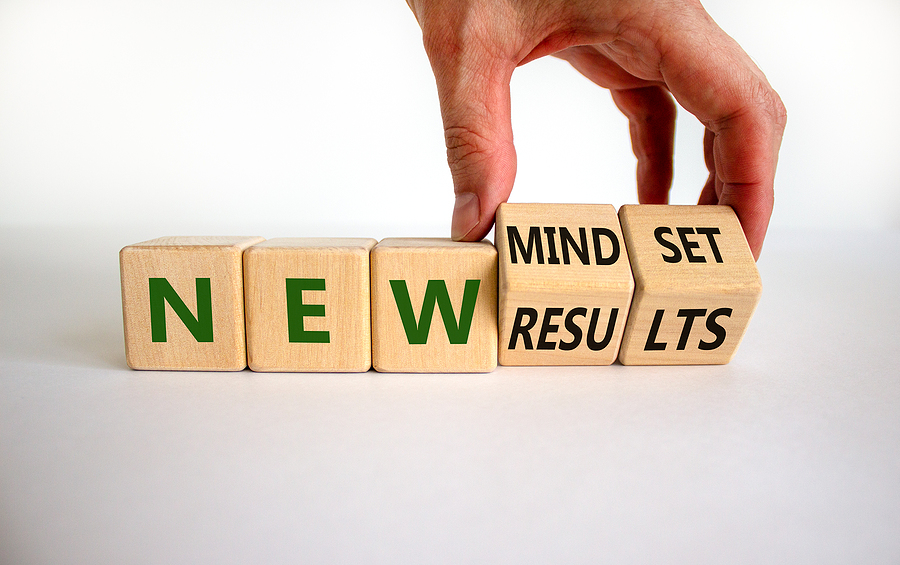 So how does this relate to copywriting?

Sure as night follows day, the same forces are at work when you sit down at your computer to write a promotion …

What you believe deep down in your subconscious about yourself, about your client, and about your offering have a direct and powerful impact on what you will write. If you write with the belief: “I need to sell something for my benefit”, it comes through in your writing, just as it does in a live personal selling situation. Your prospect will pick it up.

If you believe: “I never worry about earning income, because I know it comes in large amounts when I create high value for clients”, that shines through, too.

And something very surprising happens depending on where your head’s at.

When you write copy from the “ego” zone, with subconsciously held beliefs such as “this is all about me making as much money as I can”, or “I’m in it for what I can get” your copy ends up sounding “needy”. Your prospect experiences it and feels like he’s doing YOU a favor by gracing you with his business. This is the kiss of death!

Conversely, when you write with beliefs such as “I am creating as much value for you Mr. Prospect as I possibly can”, “I would never try to sell you this unless it’s the best thing for you”, an entirely different message is subtly communicated.

Instead of sounding like you are begging your prospect to part with his money, you come across like a Good Samaritan, offering a helping hand. The prospect perceives that HE is the one who stands to LOSE (not you) if he decides not to take you up on your offer. This is an extremely important psychological distinction.

Why You Can’t Hide Your Opinion Of Your Offering … 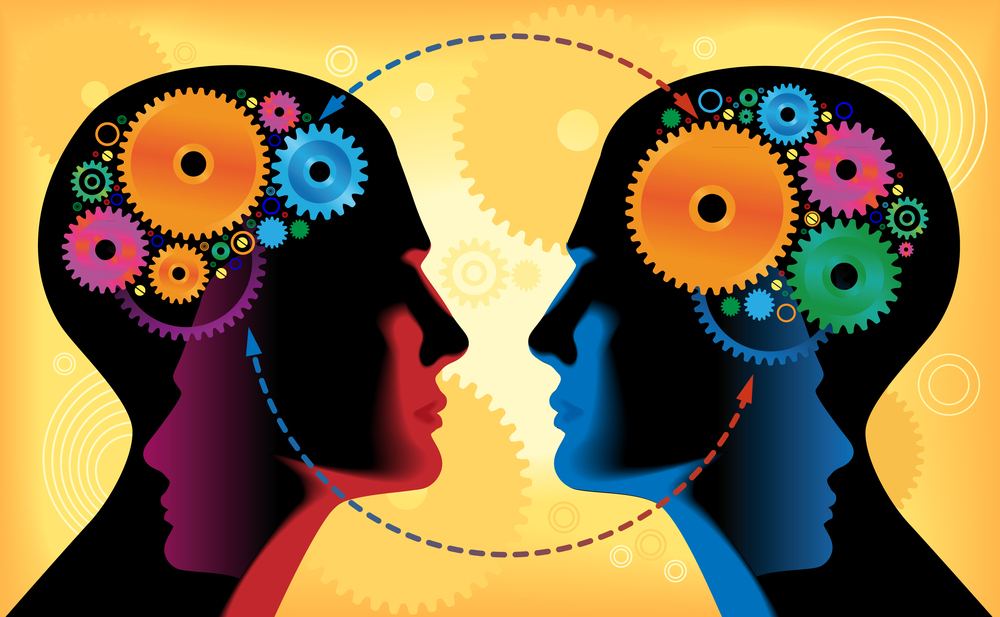 Price is another very important area of belief that has an enormous impact on the copy you write. Do you believe what you’re selling is, “Overpriced” or “Valuable”? Is the price “Fair”, or “Exorbitant”? Is it “Competitive” or “Irrelevant”?

In order to present a convincing value proposition, you must first be convinced of that value. You must be excited, proud, and brimming with enthusiasm about it.

Your own core beliefs about selling, about money, and about your own self worth shine through, too.

Here are a few of the actual phrases I’ve heard in conversations with coaches, consultants and various independent subject matter experts tasked with selling their programs and services.

Interestingly, these little sound bites that slip out in casual conversation often betray a person’s true beliefs. And as these beliefs interact with your conscious thoughts throughout the day, they produce emotions, which in turn determine behavior more than anything else. If there is conflict, it manifests itself as incongruity. And the result is lackluster sales.

The Two Ways Your Prospects Think About Their Money … 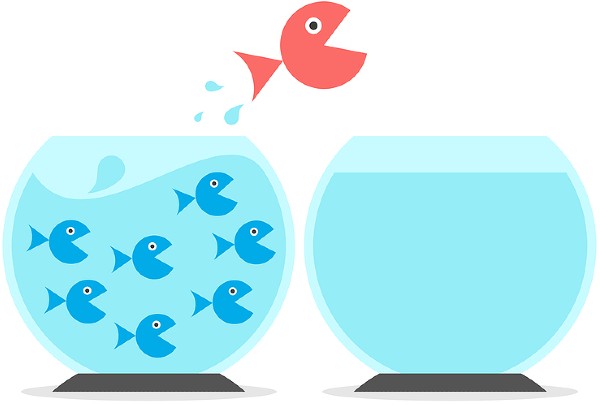 Selling is about convincing someone to spend money in exchange for benefit, therefore money beliefs also frequently come into play.

When it comes to money, there is “abundance” thinking, and there is “scarcity” thinking. Society powerfully conditions all of us toward the latter.

If you’re not sure where you stand on the scarcity/abundance continuum, just make a concerted, conscious effort to check your emotional pulse each time you buy something significant. Whether you feel expansive and confident or insecure at that precise moment will tell you a lot about your prevailing unconscious beliefs about money.

If you write from a frame of “scarcity”, especially toward the close of a piece of copy, you encourage your prospect to think the same way at exactly the wrong time. We live in a world of sympathetic vibration.

Did you ever play that game when you were a kid, where you gently press down on one key of a piano so slowly that it doesn’t make a sound, and then hold it down while striking a staccato blow on the same key a few octaves lower? What happens? Sure, miraculously the key that you’re holding down starts to ring.

Well it’s the same thing when two people come together, whether in person or via video or even through the written word. The prospect picks up on your feelings and he starts to vibrate sympathetically.

Which frame do you want your prospects to put around “money”, abundance or scarcity?

Both actually. You may want to purposefully phrase some of your copy in the context of scarcity, in order to demonstrate empathy and agitate the problem you’re helping your prospect to solve. Remember, scarcity thinking is far more prevalent in your prospects’ minds than abundance thinking. And your initial goal is to enter the conversation that’s already going on inside their heads. But you can’t stay there too long.

Your ultimate goal is to solve problems and raise the vibration from scarcity to abundance. When it comes time to ask for the money, you want your prospect swimming in abundance.

Yet how often do you find people literally begging you to buy as though it were some kind of horrendous act of sacrifice? I see it all the time.

Reduction To The Ridiculous: How To Trivialize The Cost Of Your Offering … 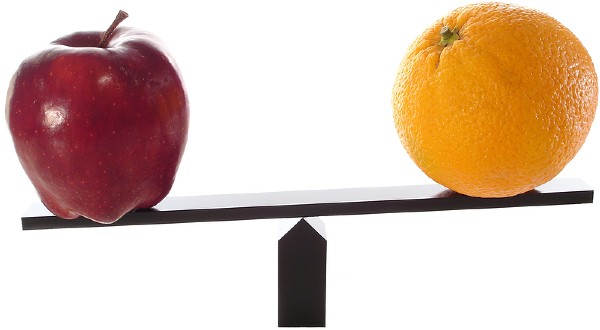 If you want to trigger abundance thinking at the close and help your prospect to rationalize purchasing something he really wants, one of the most effective bridges between scarcity and abundance is what I call the “reduction to the ridiculous” close.

Break down the cost in time, and compare that cost with the benefits of ownership.

Suppose you’re selling some premium item that costs significantly more than other alternatives. Let’s say it’s a car that costs $10,000 more than something comparable. You can trivialize the cost like this …

For what amounts to just $6.94 a day – probably less than you spend on coffee at your local Starbucks – you can enjoy the uncommon prestige, comfort, and driving excitement only this incredible car can give you.

Last time you ate at a restaurant you left a tip for the waiter or the waitress that was likely 2 to 3 times that much. Money you’ll never see again and don’t care about.

Aren’t you really worth a lousy $6.94 a day to drive the car of your heart’s desire … one that makes you feel like the person you really are?

The reduction to ridiculous close works because it draws on the power of contrast, breaking the added cost of the item down over time, focusing the prospect on the benefits of owning it, and comparing those benefits to trivial items.

You can also compare the value of what you’re selling with alternatives that are more costly. Instead of the “reduction to the ridiculous”, we could have compared a desirable attribute of this particular car with another car that offered the same attribute, but at a much higher price. This has the effect of maximizing the perceived value of the car we’re selling, and by extension, minimizing the perceived cost.

In both cases, we’re essentially comparing “apples to oranges” … but the important thing to remember is that if you’ve done your job of positioning your offering as a self-image enhancing development in the prospect’s life, he doesn’t care about the price.

He’s grateful to you for giving him a rational justification to support his emotional decision. He needs and wants to feel congruent about spending his money.