Authority is a potent weapon in your persuasion arsenal when you’re creating signature programs. There’s no doubt about it. The more authority you have, the easier it is to get people to buy your coaching, consulting, advisory and agency services.

But what is it — really? And how do you get more of it?

That is the question we ponder this week. Buried somewhere in this article, I promise you an answer – really, I do. 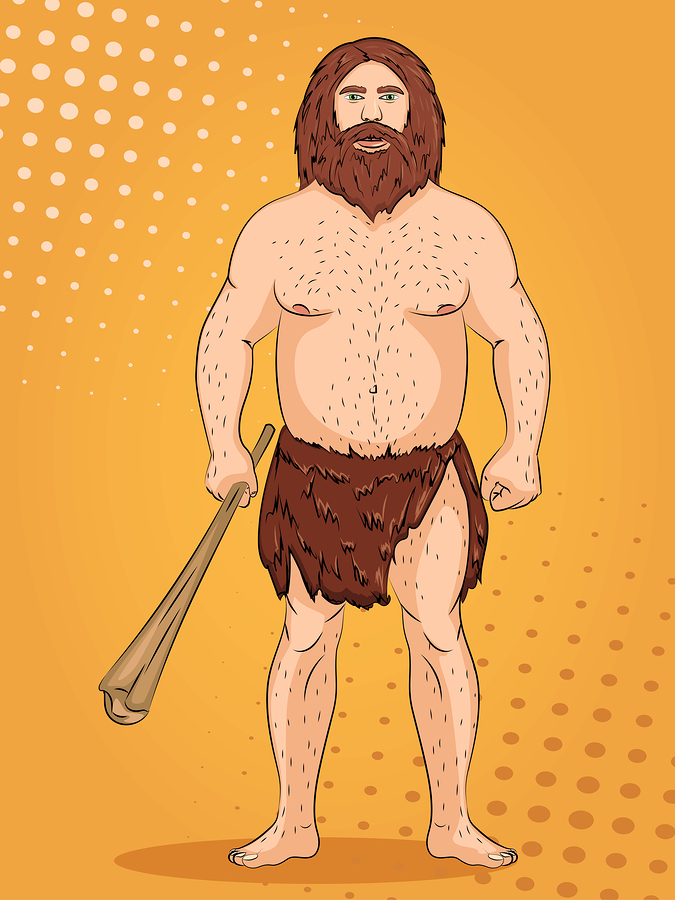 … Once upon a time, it was the biggest, brawniest Neanderthal who had all the authority. That much we know.

Never mind he didn’t know a damn thing more than any of the other blockheads in the tribe. His physical prowess and temperament meant he made all the rules and you obeyed them or else.

But as civilization progressed, it became more and more difficult for one person to have all the answers. And so the big galoot began to delegate some of his authority to others … grudgingly at first.

If someone had knowledge about when to plant crops or how to ensure the supply of wildlife remained plentiful, then he was useful.

A bright leader could easily see that by anointing a “shaman,” he could transfer some of his own responsibility for natural phenomena to someone else. Then if something went awry, it would be the shaman, not he, who’d get pelted with rocks by the rest of the tribe.

Thus, the long evolution of power sharing and the ascendance of knowledge as the path to authority began to emerge.

Being able to make sense of the natural world meant the shaman understood and could interpret “the will of the gods.” And so with the leader’s endorsement, he became the authority on “all things holy.”

And as this endorsement took root, the shaman became a new kind of leader in his own right. When he had a solid base of believers, his need for the big galoot’s endorsement waned.

He began to build his own power structure by sharing knowledge and authority with others — selectively mind you. Apprentices were given just enough to do what was expected of them — like conduct a ritual sacrifice, for example — but no more. 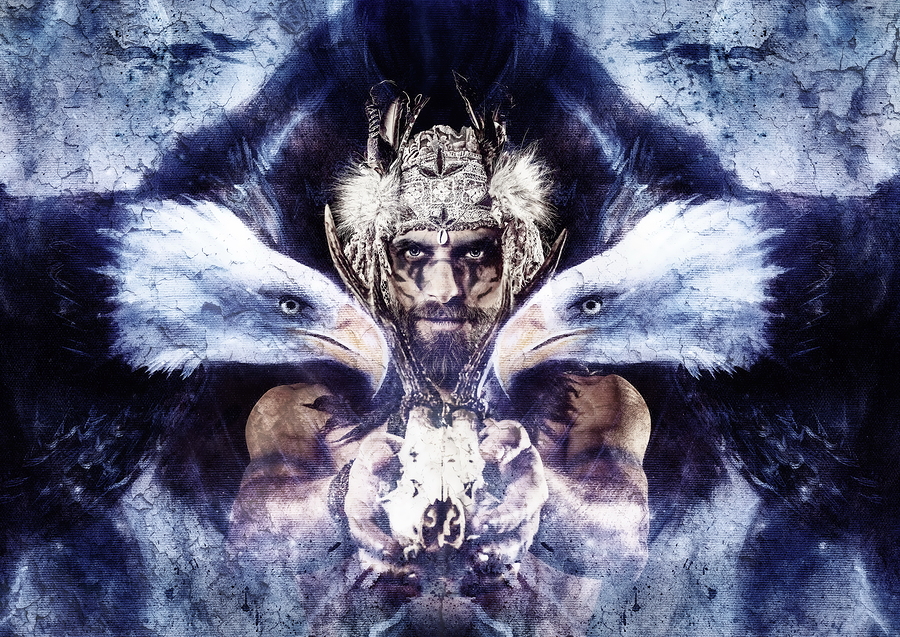 Only those closest to the top of the hierarchy were given access to the most arcane knowledge. And they protected it with cryptic language, secret codes and rituals.

Understanding these enigmas was vital to being admitted to the inner sanctum of power and control.

For the longest time, keeping a lid on forbidden knowledge was relatively easy because it passed orally from one holy man to the next.

The only way you could advance was through elaborate rites of passage that forced you to stairstep your way gradually to the sacred halls of power.

You could leave the organization and attempt to form a competing power base, but why bother? The closer you came to the inner sanctum, the more rights and privileges you enjoyed.

Each initiate who moved through the hierarchy became privy to more secrets and received access to ever more powerful totems of authority — special clothing, wands, scepters, and assorted mystical paraphernalia.

The more intricate and unfathomable the sacred rituals, languages and rites, the more awe-stricken and malleable the common man became.

Imagine if you were a filthy peasant who couldn’t read or write, and you walked into a magnificent stone temple filled with dudes in spotless white robes speaking to God in a magical tongue. How much deference to authority would that generate?

The Catholic Church in its heyday virtually controlled dozens of nation states and commanded absolute power and obedience from millions of people.

Religious institutions maintained authority through the appearance of knowledge. If you did what they said, you got to go to heaven when you died. If you didn’t, you burned in hell for all of eternity. By keeping people in fear, they maintained iron-fisted authority.

Should you be so bold to assert that perhaps it was the Earth that revolved around the sun, or question the existence of heaven and hell, you could be fairly certain they would hunt you down and burn you as a witch.

But alas, with the proliferation of the written word, it became increasingly difficult to stifle competing claims to knowledge and authority.

Shrewdly, others began to cultivate their own hierarchies of experts …

Secular practitioners of medicine, law, and science began to flourish. And they used the same trappings of power as the holy men to assert their authority. 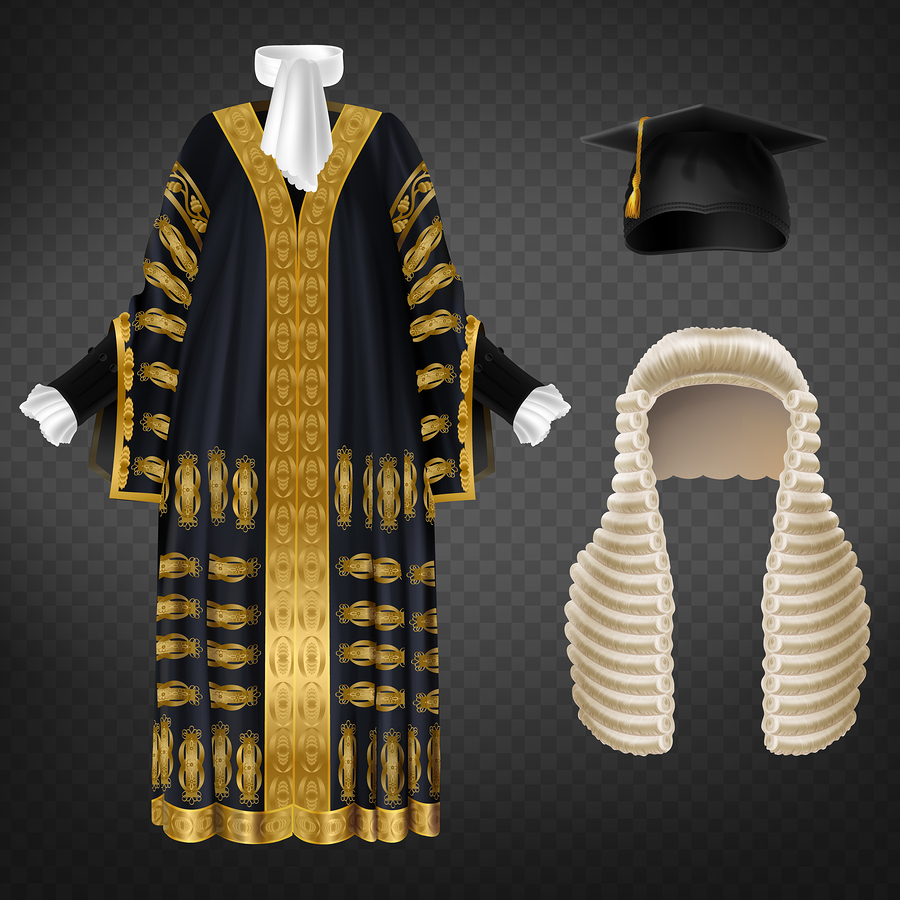 They devised their own intimidating costumes, bafflegab, and weird ceremonies to flummox and intimidate the common man.

They created elitist institutions that discouraged and discredited divergent thought.

And they put in place a system of accreditations and certifications that only they could bestow to prevent outsiders from successfully laying claim to similar expertise and authority.

Eventually, as the masses became more educated, all manner of expertise became institutionalized. Craft guilds and trade unions took the certification model to the common people as capitalist societies grew.

And over time, many more citizens were able to enjoy the heady rush of authority over others in varying degrees based on their accredited level of expertise.

As capitalist societies became more successful, the level of specialization continued to grow and grow. More experts and authorities than ever were needed. It’s gotten so bad I now need one just to program my damn toaster.

This insatiable demand for experts, combined with the free flow of information on the Internet, has opened the door for all manner of rogue self-accredited experts to muscle their way in, free to manufacture their own authority. It need not be bestowed on them by anyone.

Today, the trappings of power no longer assure an expert will be recognized by the buying public. Given the massive choices people have for solving their problems online, they are less likely to be intimidated by credentials, technical mumbo-jumbo and weird clothes.

Here’s where you come in, grasshopper …

People need to believe nearly as much as they need to belong, but now they have choices. And that means they need experts to make sense of the experts. More than ever, they crave simple explanations for complex things.

You instantly gain authority in the wired world when you make it your mission to take the gobbledygook of regular experts and make sense of it all. Yes! There is tremendous power waiting for those who can translate arcane mumbo jumbo into common sense language even a caveman can understand. 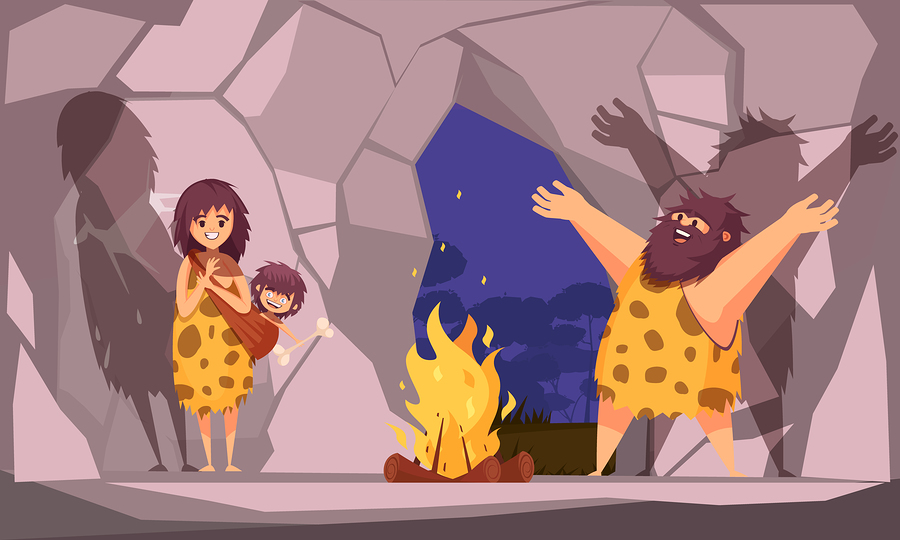 As that translator, you can enter a field you know nothing about, and quickly become authoritative, simply by regurgitating the relevant stuff in primal terms that are meaningful to people.

The average CPA knows all about tax rules but has no idea how to relate that to the average guy’s primal desire for more food, more wives and more children. Make the connection, and you’re golden.

Regular experts think they are dealing with something more sophisticated than this. They’re not.

Most of the information you find online is raw. It’s useless to people. They can’t make hide nor hair of it. Why?

Cuz the stuff they need is locked up inside the stuff they don’t. You become authoritative simply by burning off the impurities that regular experts force people to wade through.

Just package the information for consumption. Relate it to basic primal human concerns like survival, hunger, sex, protection of loved ones, fear of death, and so on — just like the shamans in days of old.

Put the useful stuff in nice neat baggies that stack well on the shelves of peoples’ minds.

True expertise and authority don’t come from accreditation. They come from being able to make a human connection and integrating the increasingly disintegrated information people are faced with in our over-specialized world.

It’s one of the 5 points of income leverage you’ll learn to apply at your free strategy session.