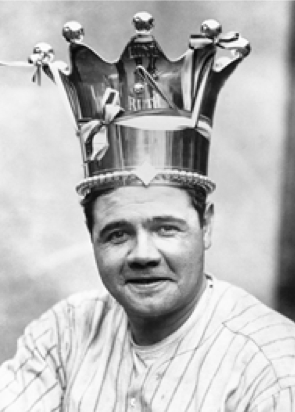 Babe Ruth is widely acknowledged as the greatest baseball player of all time.

He was also one of the game’s biggest screw-ups — striking out more than just about any other player in the history of baseball.

The Babe was near invincible in his time, simply because he was willing to risk more than anybody else dared to.

And because he risked more, naturally he failed more, as well. Isn’t that just common sense?

Well it turns out common sense ain’t all that common …

The diamonds look like ordinary gravel. No brilliant flashes of color, no sparkles… just annoying as hell when one gets stuck in your shoe.

Few people bother with the greenish colored pebbles, despite the fact that in the hands of a master craftsman, 1 in 10 would surely yield a diamond worth a king’s ransom.

Well isn’t that exactly how life works? Every day you’re presented with opportunities that involve pain and sweat and suffering with no guarantee of reward.

You can either put your time, money, and ego on the line each day by reaching down and picking up one of those rough-cut diamonds, or you can play it safe and just keep on walking.

Which kind of person are you? 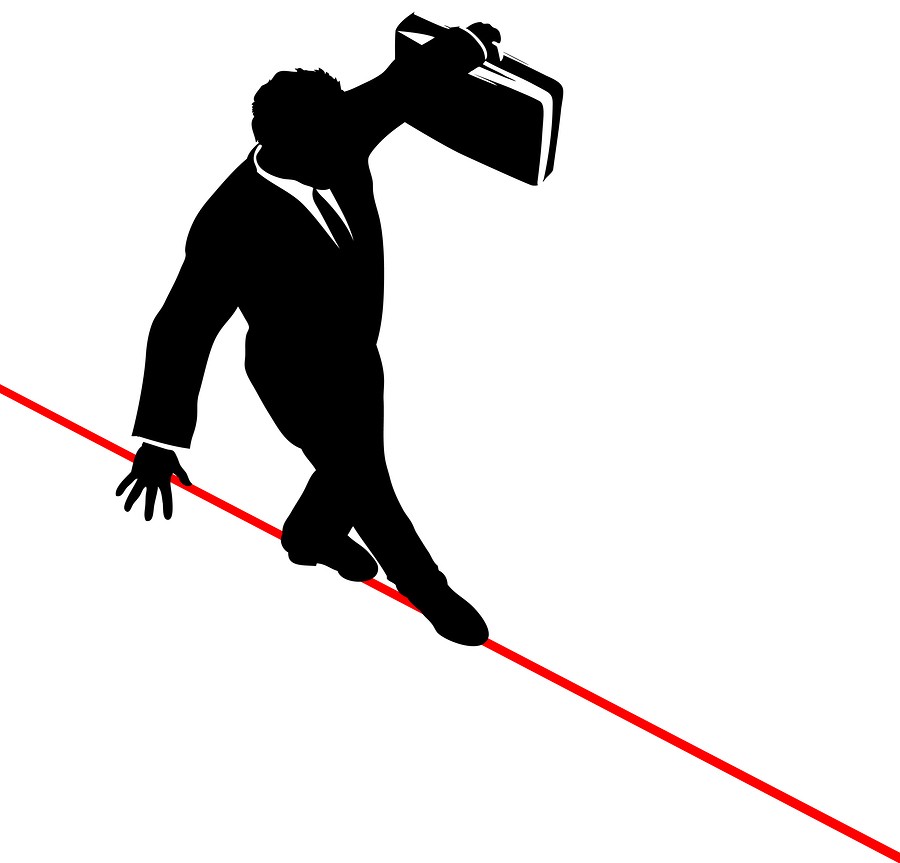 People have had things so good for so long they’ve become soft, satisfied, and afraid to be bold. After all, life is good, why rock the boat?

This is just human nature at work. It’s relatively easy to swing for the fences when your back is against the wall and the alternatives are death and doom. History books are full of David versus Goliath stories where the underdog triumphed against all odds.

This is why military generals often cut off the lines of retreat behind their own soldiers. When there is literally no earthly alternative but to win, the odds of doing so skyrocket.

But when people feel they’ve got something less to lose than their very survival, they lose their appetite for risk. They become deathly afraid of failure. And because they’ve got no guts, they’ll get no glory.

I’m not saying you should rush into battle half cocked. I think you should work deathly hard on stacking the odds overwhelmingly in your favor, first. But if you’re afraid to make mistakes, it will be almost impossible for you to succeed, because you’ll be unable to learn.

Mistakes are simply messengers bearing valuable lessons. There’s no such thing as failure… only feedback that shines light on the shortest path to success. It’s not your mistakes that will destroy you. It’s your reaction to them.

In science, the scientific method is nothing more than the testing of a series of theories. When a scientist discards one disproved theory in favor of a new one, do we call him a failure? Of course not!

I love reading rags-to-riches stories and I bet you do, too. But you know what? It’s the people who maintain their taste for risk long after achieving success who are my biggest heroes.

Too many people think that success is something you achieve once … 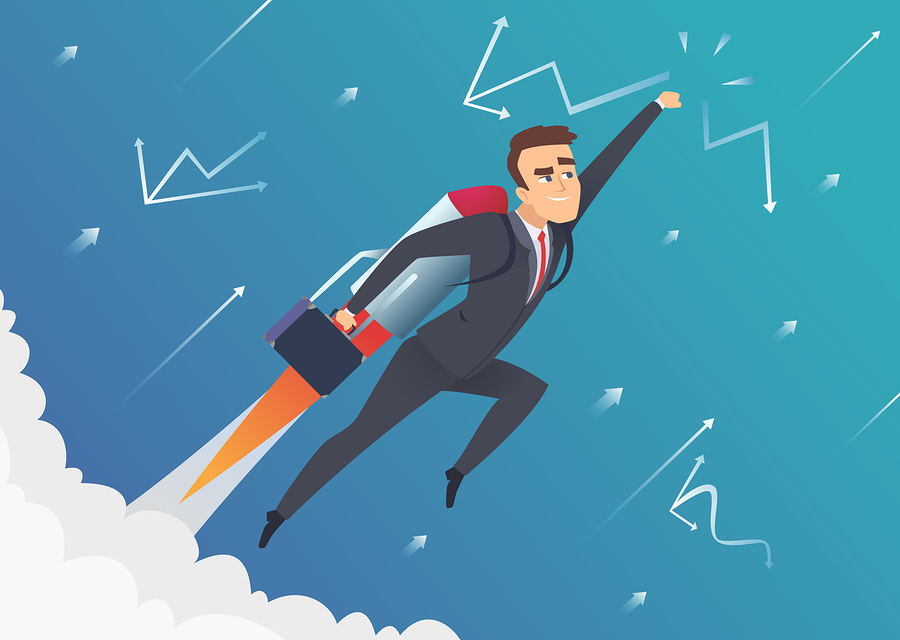 They figure they can bust their but to build a business that works, and then go on the 4-hour work week. But that’s not how it works…

Why? Because human nature almost guarantees that success breeds complacency. You have to kill complacency before it kills you, because there’s no such thing as just hanging on to success.

There is no standing still. You’re either forging ahead, or you’re falling behind. The comfortable little business that just chugs along for years on autopilot without constant reinvention is a total myth. 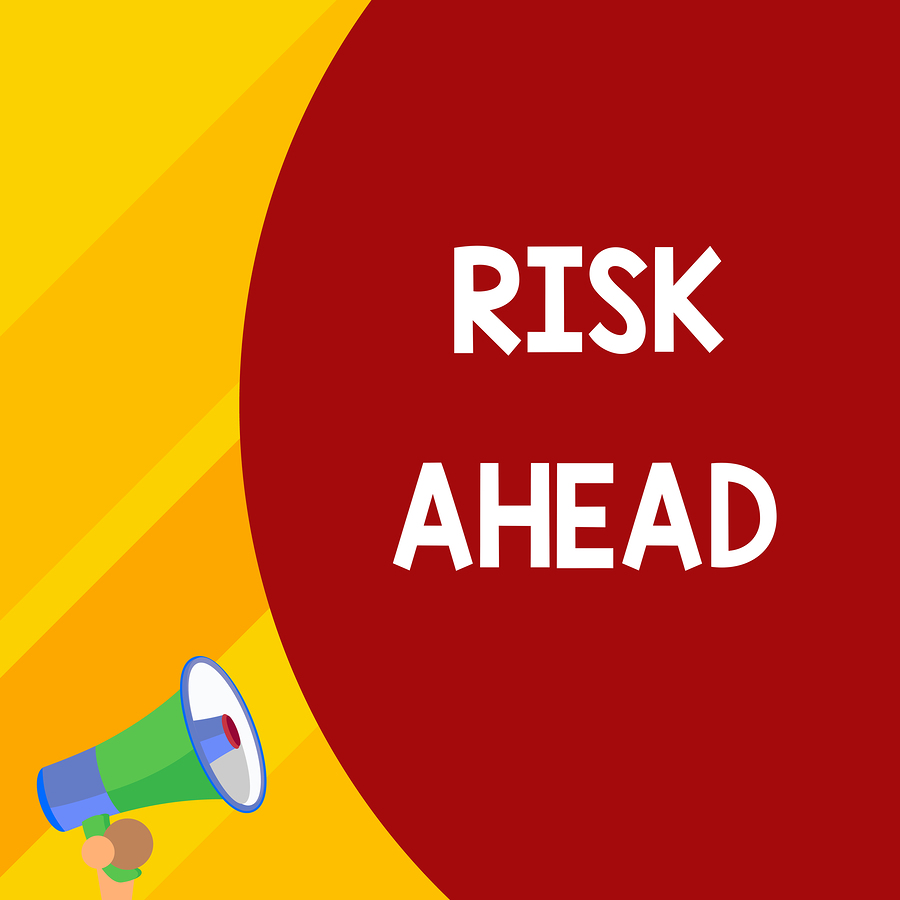 Your products and programs… your business systems… and your marketing are all solutions to today’s problems. But nothing stays the same.

Each day, the market is eroding the appeal of your products, the leverage of your business systems, and the effectiveness of your marketing. As Dan Kennedy says, “sooner or later, they all go lame.”

If you’re not constantly re-creating your business and continually pushing yourself to accept and overcome new challenges, your business will stagnate, and you’ll eventually lose it.

I saw this many times when I was in direct sales, both in the behavior of the salespeople that I was managing, and also in my own attitudes and behavior.

Most of the new salespeople that came on the scene quickly crashed and burned. They just didn’t have the testicular fortitude to haul ass into the field each day and withstand repeated rejection.

Those who did manage to survive the brutal first 90 days often thrived. But invariably, even these survivors would face a period later when they slumped…

They’d stop waking up super early in the morning to hit the phones at that crucial time when their Young Turk executive counterparts in the companies we were targeting were making war plans.

They stopped working late into the night perfecting their pitches and proposals.

And they got timid about asking for the sale.

In short, it was perfectly natural for these salespeople to lose touch with the values that gave rise to their initial success. They took success for granted. They became victims of the spirit killing tyranny of the status quo.

And not all of them were able to regain their discipline. Many burned out in the second or third year of their employ, victims of their own initial success. Only the toughest and most disciplined survived for the long haul.

Beware the spoils of victory …

Long ago, in ancient China, the great military strategist, Sun Tzu, conquered a fertile river valley. The valley was overflowing with livestock, crops and nubile young peasant girls. Sun Tzu declared that this would be the place where he would destroy his greatest enemy. 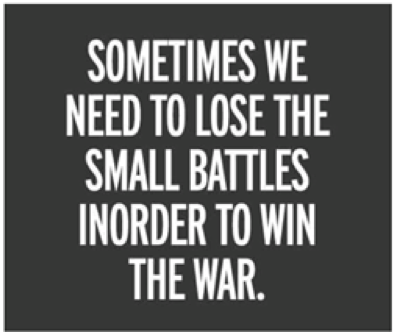 The opposing army came roaring over the mountain pass into the river valley in astonishing numbers… their infantry, cavalry and archers far outnumbering Sun Tzu’s. And the wily general retreated, ceding the valley to the marauders.

The invading soldiers built an encampment in the valley and began enjoying the spoils of war. They married the beautiful young maidens of the valley and feasted on the ample livestock and crops that flourished in the rich soil.

Gradually, they became fat, lazy, and undisciplined and began bickering among themselves over the bountiful splendor of the valley. Two summers later, Sun Tzu returned.

Though still a smaller force, his army was well-disciplined, lean, rugged, and blood thirsty, engaging the larger army with enormous ferocity. And the opposing forces retreated, fording a river toward higher ground.

Sun Tzu ordered his men to hold back, allowing half of the enemy force to cross the river in safety before unleashing his full forces on those that remained.

Having grown soft and weak, the enemy soldiers who had already crossed the river did not return to help their comrades. And Sun Tzu’s army decimated those who had not yet crossed. He then forded the river and routed the remainder of the invaders.

There was no victory celebration.

Sun Tzu immediately marched his troops out of the lush river valley, never to return — thus perpetuating his success.