For powerful persuasion and faster profits, how would you sell to the Hell’s Angels?

In other words, if your product is street-fighting techniques and your target market is a gang of Hell’s Angels, how do you talk to them?

Do you use the same jargon you’d use for marketing a yoga business?

Will the Hell’s Angels respond to descriptions of oneness, inner peace, and universal tranquility?

On the other hand, will the yoga types resonate with talk of killer kicks, tapping your inner rage, and lethal jabs?

The key to connecting with your target audience is speaking their language.

And that’s where IDIOMS come in.

They’re the topic of today’s post and a great way to supercharge your writing, bond with your people, and differentiate yourself from pretenders and outsiders.

So here’s the definition:

An IDIOM is “a group of words established by usage as having a meaning not deducible from those of the individual words.” (New Oxford English Dictionary)

Of course, if you don’t speak English as your native language, idioms can drive you nuts.

I mean, imagine trying to figure out what it means when someone says…

Not only that, there are an estimated 25,000 idioms in the English language.

But idioms, when you understand them, not only make writing a blast… both to write AND to read…

… They also ramp up your selling power… as we’ll discuss shortly.

So here are some good ones, before I go into the instructions and warnings on how to use them.

PLUS, just for fun, we’ll see how smart you are.

Here and there I’ll give you an idiom and let’s see if you have any idea where it came from.

For instance, what’s the origin of…

“Between the devil and the deep blue sea”?

In plain English, idioms often make no sense if you look at them literally.

They can have a meaning that has NOTHING to do with the actual words.

For example, you’d never come up with the meaning of, “Between the devil and the deep blue sea.”

It sounds a lot like, “Between a rock and a hard place,” but has a long-forgotten origin.

It turns out “the devil” is actually a seam in the upper deck planking of a ship.

So if you’re working on it, you’re almost hanging out over the water and you’re between, “The devil and the deep blue sea.”

Here are a few more you’re familiar with, but may not be using enough:

The DANGERS of Using Idioms

And just to reiterate what’s been said about metaphors in a previous post.

Idioms are fabulous when used correctly, but beware:

When you pick the right idiom, you compress feelings, images, memories… even smells and tastes… into one simple idiom that expands and makes a hundred connections in your reader’s brain. 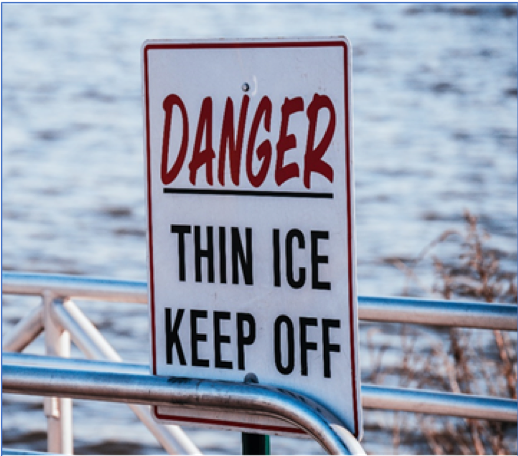 It’s a much more efficient way to convey information, since a “picture’s worth a thousand words.”

But when overused or misused, they can be grating and annoying or misunderstood.

So… there are a couple MAJOR problems with using similes, metaphors, and idioms in your emails…or in any kind of copywriting.

First, you DO NOT want to get people sidetracked with your cleverness, which is easy to do. I get sucked in just like everybody else. But the focus should always be that…

EVERYTHING YOU WRITE IS LEADING TO THE SALE… or at least, setting up the sale for a later date!

Second, when copywriters get a list of idioms, they tend to go overboard and it’s hard to figure out what they’re actually trying to say.

The meaning gets buried in all the overly-colorful language.

And third, beginning writers choose the same-old, beaten-to-death idioms that are WORSE than using nothing at all.

Finally, you can screw up the use of an idiom if you don’t know your audience well enough.

Or it may be obvious to you, but not to the age group you’re selling to.

That’s why it’s so important to KNOW your market intimately.

But when you do know them, using jargon and idioms that are only understood by your niche are great for identifying you as a trustworthy insider.

OK, now for comic relief, see if you know the origin of this one:

More Idioms for Fun and Profit 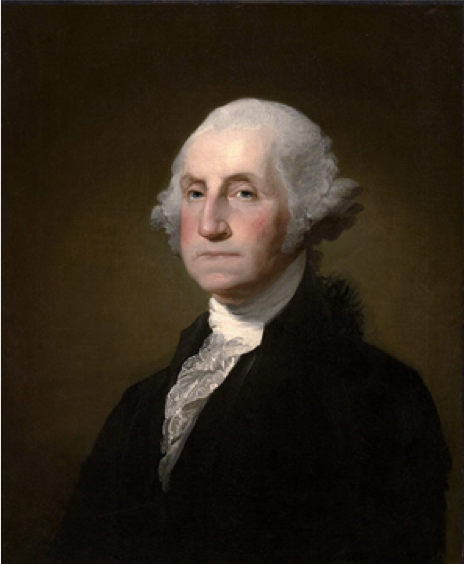 Apparently, in 18th-century portraits of famous people, like George Washington, it cost more to paint the limbs, so they would only show the head, or one limb, because you didn’t want to pay, “an arm and a leg.”

REMEMBER: Using the jargon of a niche lowers the barrier of distrust.

But MISUSING the jargon “sticks out like a sore thumb” (which is a simile) and makes you look like a poser.

So if you pick an idiom that’s not immediately obvious to your reader, you lose them.

Now here are some more:

If you know about the “dual readership path,” you can amplify your sales power with literary devices.

The dual track simply means having subheads and titles that give a general idea of what the copy is about.

So the reader can skim, get the gist, and be drawn back into the copy.

Actually, you can even have a triple or quadruple track… with multiple metaphors, idioms, stories, open and closed loops… all running at the same time AS THE SALES TRACK.

And it’s better yet if most of it goes unnoticed… or “under-the-radar,” as the overused idiom goes.

The more you use them, the more you’ll love idioms and how potent  and “sneaky” they can be.

… So your writing becomes more dense, powerful, compelling, and PACKED with imagery.

This forces the reader’s brain to become more involved… instantly creating and translating the words into images.

And as you know from going to a TV showroom where the intelligent salesman tries to get you to push a button or two… INVOLVEMENT in any way, dramatically increases the chance of a sale.

It’s why they used to make us do all that searching and pasting with the old Publisher’s Clearinghouse Sweepstakes… because your chances of BUYING the magazines went “through the roof.”

They did the numbers and were willing to absorb the expense of all those stickers, perforations, glue, and color printing… because it paid for itself many times over.

And like word choices for SELLING, picking idioms with a lot of ACTION makes them even more POWERFUL, engages the brain, and keeps your writing MOVING toward the sale.

That’s about it, except for one more idiom origin.

Where do you think this one comes from…

Minding your Ps and Qs?

It comes from the English pub where bartenders needed to keep track of how many drinks their patrons had consumed.

So they just kept a running total under “P” for pints, and “Q” for quarts!

OK, now get to work plugging idioms into your sales messages… but be careful…  and enjoy the profits.

Oh, and leave your comments below. We appreciate it!