He’s one of the nicest guys you’ll ever meet, and one of the most brilliant marketers to grace the direct marketing world in the last 100 years.

And at 83, he’s been around the block a few times. 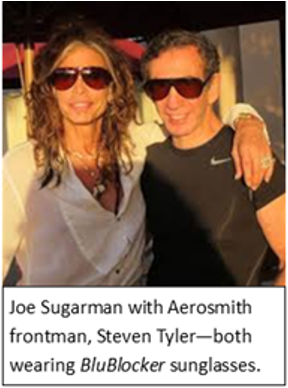 Along with masterminding the first use of the 800 number credit card payment, and selling over 30-million pairs of sunglasses, he also sold calculators, computers, speakers, smoke detectors, TVs, printers, phones, thermostats—even jets and mansions.

Yet despite his busy schedule writing numerous books, conducting seminars, making a fortune, and creating a vast collection of masterpiece ads, a few years ago he was kind enough to give Daniel Levis an hour of his time for an unusually insightful interview for Daniel’s definitive storytelling course, Effortless Influence.

So here are a couple big lessons from that interview, along with miscellaneous excerpts, ads, and a few other tidbits from Joe.

The Greatest Opening EVER!

In the interview, here’s what Joe says about stories in general:

“These stories that you start telling, they don’t have to have much to do with the product, kind of your own personal experience or what you’ve observed or it could be anything. And you’ve gotta also remember that good advertising is really entertainment to a great degree. It’s really entertainment. And so if you could start off with a really interesting story, build curiosity, and then continue the story, then start selling your product, you’re going to have a very powerful tool.”

So what opening did he devise for his biggest seller ever?

“I am about to tell you a true story. If you believe me, you will be well rewarded. If you don’t believe me, I will make it worth your while to change your mind. Let me explain.”

Just using the phrase, “I am about to tell you a true story…” already taps into something primal, something we’ve been subconsciously trained to notice from childhood, so we perk up and want to listen. 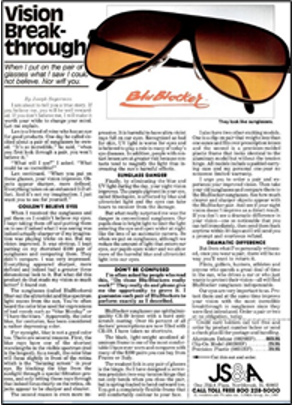 It’s a great curiosity opening that grabs you whether you expect to believe him or not—and it makes you want to see which one you are, a “believer” or a skeptic — which also sets the stage for the story of how Joe learned about these special sunglasses:

“Len is a friend of mine who has an eye for good products. One day he called, excited about a pair of sunglasses he owned. “It’s so incredible,” he said, “when you first look through a pair, you won’t believe it.”

With this story, you’ve got your prospect’s attention… and… there’s nothing that gets your target audience ENGAGED in the sales process like telling a fascinating story, which Joe goes on to elaborate in his extraordinary BluBlocker ad.

THE Most Important Trigger

If you’ve read Joe Sugarman’s book, Triggers, you know what the most important trigger is.

But it’s NOT any copywriting trick, secret, or technique.

So here’s Joe’s example from the Daniel Levis interview:

“One of the things I’ve found in my storytelling and my advertising is to always tell the truth. And the more truthful you are, even if it’s embarrassing, the better and the more responsive your customer is because they trust you. I was very honest about that thermostat [a product he was creating a campaign for] I told exactly what my impressions were. But then I found one good reason to try it out; that is it had easy installation; you didn’t need an electrician.” 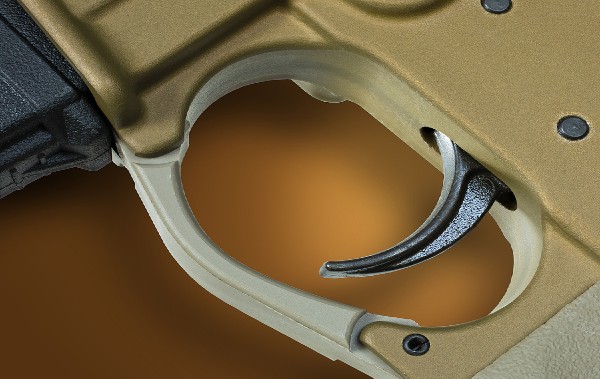 So by being honest, sales soared.

Also, from the book, Triggers:

“If I had to pick the single most powerful force in advertising and selling—the most important psychological trigger—I would pick honesty. Selling must be an honest profession. This doesn’t mean that if you are dishonest in your presentation, you won’t have any successful results. You might get away with it a few times, but eventually it will catch up to you. But this point is not about whether you can get away with being dishonest and for how long. It’s about honesty as a psychological trigger—a powerful selling tool. The more truthful I was in my advertising, the more effectively my message was accepted by my prospects.”

Joe talks about the sales environment in multiple ways in this interview, but it’s summed up most concisely in a section from one of his other books called, The Adweek Copywriting Handbook.

And it’s something I’ve never seen articulated so well.

It happened when Joe was in Hawaii, taking a short stop to rest before traveling again.

He was walking down one of the main streets in Waikiki, when he stopped to look into an art gallery where he saw a painting of scenes from outer space.

He was browsing in the gallery which was elegant and expensive and he was expecting the price to be very high, when a well-dressed saleswoman walked up to him and asked if he needed any assistance.

“Beautiful painting, isn’t it?” she asked.

“At that point the lady said, “Please follow me,” as she lifted the painting off the wall and walked toward the back of the large gallery. I followed. We entered a large room, carpeted from floor to ceiling. In the middle of the room were three very comfortable easy chairs all facing the front of the room where the saleslady mounted the painting on the wall. She then went back to the entrance of the room, turned up the classical music being piped in through loudspeakers and dimmed the lights, leaving two spotlights focused on the painting.”

The painting looked incredible in this luxurious environment and Joe was relaxed and thus, receptive to buying this $2,000 painting.

In fact, that was the beginning of a mutually beneficial relationship with the artist and Joe sold his paintings through his company, personally ending up with 50 paintings.

So how would you do this with your marketing?

“If I was selling products at a discount, I would use big type for my prices and lots of busy graphic elements. In short, I would make the ad look like a typical discount ad. And conversely, if I was selling something expensive, I would present myself in an environment that showed class and refinement—that exuded confidence and trust.”

OK, that’s it for today except…

To check out the perfect example of using multiple stories, which are case studies in these examples, and creating the perfect “environment” for selling online, check out the newest marketing breakthrough using multimedia delivery where you can string stories together in an interactive, conversational format.

It’s so much better than webinars or free reports.

In fact, this new method has become our go-to framework for high-engagement with prospective clients.

In the meantime, happy selling.