An ancient Chinese proverb says three men make a tiger. Do you know the story? 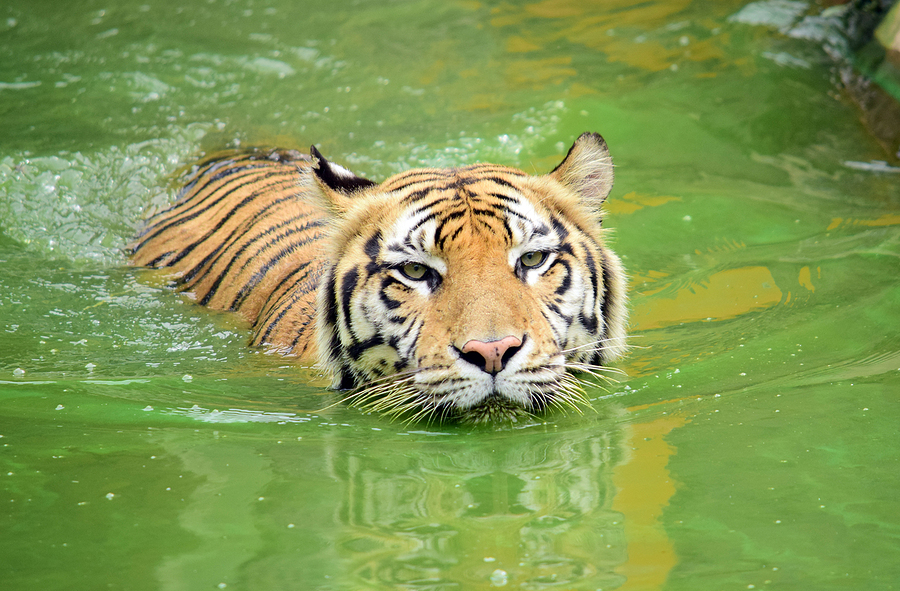 Before leaving, the wily statesman approached the King of Wei and asked, “Upon hearing from one civilian that there is a tiger loose in the city square, would you believe it?” To which the King replied, “No”.

Pang Cong then asked what the King thought if two people reported the same thing, and the King said he would begin to wonder.

“What if three people all claimed to have seen a tiger,” Pang asked? The King replied that he would then believe it.

Pang proceeded to remind the King that the very idea of a live tiger in a crowded market was absurd. Yet when repeated by numerous people, it would seem believable.

As a high ranking official in the King’s court, Pang Cong had more than three back-stabbing contemporaries to worry about while away in the state of Zhao. After relating the warning of the three men and the tiger, he urged the King to pay no attention to those who would spread slanderous rumors about him in his absence.

“I understand,” the King replied, and Pang left.

As Pang had expected, salacious lies spread while he was gone. On his return to Wei, his reputation lay in ruins, and he was executed. Three men do indeed make a tiger.

Is there a marketing lesson somewhere in this proverb?

I believe there is …

Humans have lived in structured groups – under the influence of each other – for at least 50,000 years. 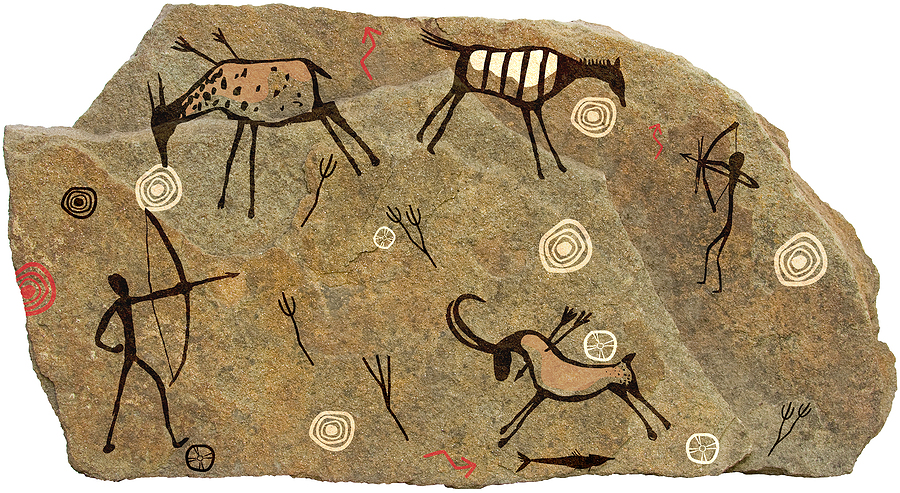 When dealing with things that are just a little over our heads, we tend to fall back on instincts as old and primitive as a rhino’s.

People do what they do in large part not because they’ve decided in their own minds it is right, but because it’s what’s expected of them.

What does this mean to you, dear marketer?

It means the average buyer prefers to follow the crowd than think for himself. Ergo, one of the most effective marketing tactics is this: Make it easy for him to abdicate his responsibility … like the King who believed there was a live tiger in the market square, simply because enough people said so.

Why do you think live platform selling is still so popular? It’s certainly not because getting on a plane and flying thousands of miles to sing for your supper is any fun.

The more people clamoring to buy, the greater the pressure on the rest of the group to fall in line – until a kind of frenzy takes hold.

At a certain point, the blind begin leading the blind, and people are whipping out their credit cards without the slightest clue why.

A week later a ten-pound box arrives at their home and they’re looking at it like an Irish Setter trying to decipher a Tokyo train schedule.

It’s now possible to tap into the psychology of the crowd – and send your sales conversion numbers through the roof – without even assembling the crowd!

Yes, savvy marketers are now leveraging the interactive nature of blogs, forums, and other social networking apparatus to whip their prospects into the same kinds of frenzies previously reserved for live crowds. Just get as many people as you possibly can to go on the public record, typing positive things about you and your products.

Not only does this have a marvelous bonding effect – cementing the allegiance of the typist to you – it serves to infect the group with a kind of crowd madness. And the effect is cumulative, like compound interest. The more people seen singing your praises and waiting in line to buy, the less everyone has to think.

Because they can see so many other people believing in you, they figure they ought to believe, too. And everything you say takes on the aura of gospel.

Do you see how that works?

Now on to the next step … 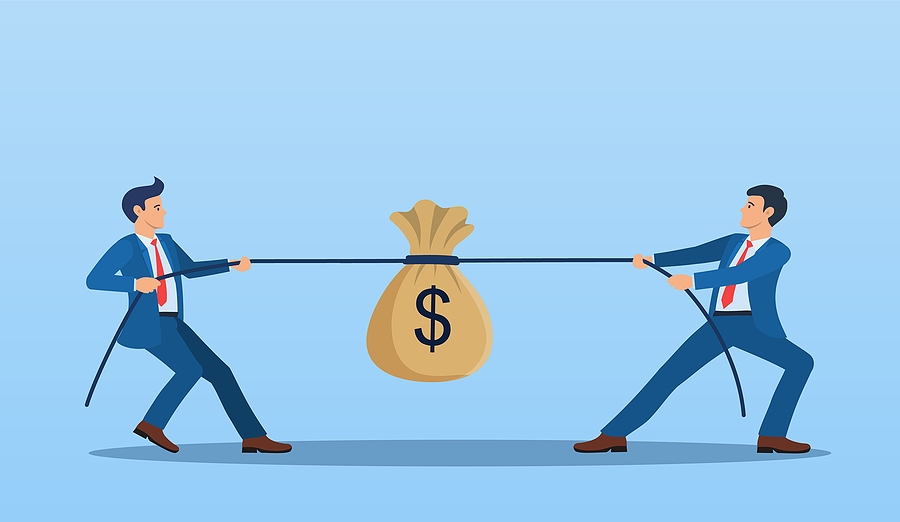 Make your products and services scarce and force people to compete with each other to buy them. There’s an old selling axiom that says the fear of loss is greater than the desire for gain.

Allow me to ask you a question. Which of the following sounds more attractive …

Got your answer? Good, now here’s another choice.

Nobel Prize winning psychologist Daniel Kahneman posed both of the above questions to large numbers of subjects, and discovered that the majority of people chose to play it safe and lock in the $1,000 gain, while gambling to avoid the $1,000 loss. That is, they were risk averse in seeking gain, and risk seeking in trying to avoid loss.

By creating social competition, you automatically create fear of loss in the mind of a potential buyer.

Not only does he fear that the dream you’ve helped to manufacture in his mind’s eye with your sales copy might never come to pass … he fears that others will gain advantage over him… and that he will lose status as a result of being left out.

This is powerful medicine, especially if the loss is extremely vivid in the mind of the prospect. And what could be more tangible than the immediate loss of an opportunity that everybody else in your peer group is clamoring for?

Actually, plenty of things, but that’s beside the point…

You see, the average person is totally ill equipped when it comes to approaching purchasing decisions rationally – like a plumber who shows up with a scalpel or a dentist with a plunger in his hand.

If there’s a crowd headed in this direction or that – doesn’t matter which – he’ll follow it. And so the question becomes: how do you, dear marketer, put the crowd in motion in the first place?

The power of over-simplification should never be underestimated …

The answer lies in the creative use of analogy and metaphor.

See, after a certain age, most of us pretty much turn off our reasoning minds. We come to conclusions by comparing the unfamiliar with the familiar. A well-crafted metaphor or analogy has this magical ability.

It makes the complex seem simple and understandable … and can be therefore used to convince an adult of almost anything. By comparing the new and unfamiliar with the known, you can create an illusion of understanding, and actually install beliefs in people’s minds.

Politicians and their backroom spin doctors are masters at this.

For example, George Bush Sr. created enormous support for the Gulf War simply by saying Iraq was like pre-WWII Germany.

“A half a century ago our nation and world paid dearly for appeasing an aggressor who should and could have been stopped. We’re not about to make the same mistake twice.

“Facing negligible resistance from its much smaller neighbor, Iraq’s troops stormed in blitzkrieg fashion through Kuwait in just a few short hours.”

In addition to broad comparisons like this, Bush and others also repeatedly compared Saddam Hussein directly to Hitler, further solidifying the analogy.

Public opinion galvanized behind the President largely because this carefully chosen comparison between the known and the unknown boiled a complex left brain equation into an emotional right brain compulsion. People no longer had to look at the situation rationally. The analogy did the thinking for them.

The same holds true in the marketing and selling arena. Assemble a group … set it in motion with the artful use of an analogy or metaphor that incites fear, greed, or anger … add a dash of scarcity and competition – and voilá, “the madding crowd.”