The Internet, as a marketing medium, is unique …

Unlike direct mail and space, where you can, if you so desire, effectively “push” your entire message out to cold prospects, the Internet demands you communicate your message in a series of linked steps, each one “pulling” your prospect deeper into your overall message.

The downside to splitting your process up is that it becomes difficult to track and manage. Each additional component adds exponentially to the amount of time and effort required to co-ordinate the various piece parts into an optimized whole.

…And there are three overriding principles you need to apply to move your prospects successfully across the various pieces of media you will use from touch point to sale.

You must stimulate their curiosity… arouse their self-interest… and inspire their belief at each link in the chain.

When I’m troubleshooting a funnel, the primary question I ask myself is whether those transitions are as effectively positioned as they could be. Do the breaks occur in the optimal places? Could we be stimulating our prospect’s curiosity and interest about what lies on the other side of each click more effectively?

How to build a bridge of belief… 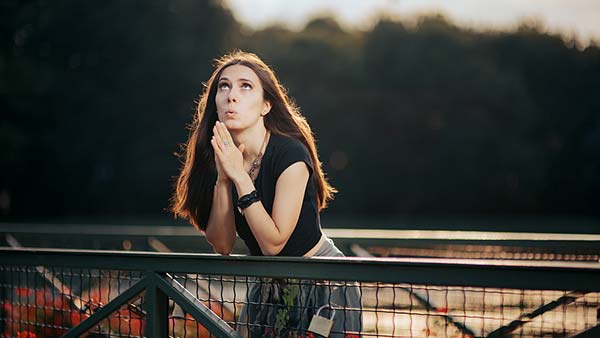 I look at each piece of media in succession and ask myself if the target audience will be ready to accept the message conveyed.

To take your prospect from what he believes at the exact point he collides with your touch point, to what he must believe before he’ll buy into your program.

This is the rite of passage you must guide your prospect through if you are to be successful.

You do that by sequencing your messaging in such a way as to create a stream of acceptances. At each juncture in your campaign flow, your prospect must be nodding his head in agreement, seeing his existing beliefs affirmed and gently extended, one delicate step at a time, until the bridge is crossed, and the gap is closed.

Your big promise is that you can teach them to play any song by ear instantly in 4 easy steps. So in order to make your sale, your audience must become convinced there is a good chance that it is indeed possible for them to learn to play by ear.

This is one of the gaps you need to cross. Is the gap too large to span in a single step — ad to discovery call?

You’d be much better off luring people to your site with the promise of free lessons and then collecting their contact information in exchange for access to those lessons. That way you’ll have multiple opportunities to prove to them that it works and they can do it.

Regardless of whether you opt for a simple or complex process flow, the sequence in which you present the various promises, proofs, and calls to action that comprise your overall sales message are of prime importance.

Why no fact, feature, benefit, or advantage is an island unto itself…

Gene Schwartz, one of the greatest copywriters of all time made up his own word for this in his watershed book, Breakthrough Advertising.

He called this process of beginning with your prospect’s existing beliefs and gradually affirming and extending those beliefs to where you need them to be, “Gradualization”.

Persuasion has been built on this principle since the beginning of time. The Socratic method, which forms the bedrock of successful personal selling, is in fact a process of gradualization.

The fundamental premise is this: No selling element is an island unto itself. Every promise, every proof, every call to action, every fact you articulate in any selling argument has two sources of strength—

“Hi Mr. Customer, Daniel Levis here from XYZ company. How are you today?”

“We’ve helped a lot of businesses in your area to slash monthly long-distance costs by as much as 25% with a new technology that lets you monitor the usage of your employees to ensure they aren’t making personal long distance calls on the company dime. In fact, we offer a free audit that shows you approximately how much you could save based on your existing call detail records. I’m calling you today to set up a time to come by and share the details of this exciting new service with you. Am I calling you at a bad time?”

Now, if Mr. Customer happened to be fuming about long distance costs or had a suspicion that Nelly in the steno pool was yakking to her boyfriend in Poughkeepsie on company time, sometimes he’d agree to an appointment right away, especially if he didn’t realize that my company was a competitor of the reseller he was already using. Often though, he would object, and say something like:

“Are you satisfied with ABC?” I would ask.

“Oh yes, they do a wonderful job for us.”

“How long have you been using ABC?”

“And before that, did your firm use a reseller?”

“No, our company was using the phone company before that.”

“Then I’d probably be safe in thinking you had a great deal to do with the switch to ABC?”

“And you made that switch, or recommended that switch, based on quite a bit of analysis and research, didn’t you?”

“Yes, we did a tremendous amount of research. We did a complete market analysis covering 10 different resellers. Our research convinced us that ABC was the best.”

“You were looking for significant savings when you did that study two years ago, weren’t you?”

“And the results have lived up to your expectations?”

“Yes, they have. We’re very satisfied.”

“Tell me, since you’ve saved so much money over the last 24 months by considering and then making a change two years ago, why should you deny yourself the opportunity to repeat that process? Your research back then led you to savings that contributed directly to the bottom line of your company and greater professional prestige for you personally. You did it once, so the possibility must exist that you can do it again, don’t you agree?”

“Yes, well I have to agree with that. It’s a possibility.”

“Great, what day is better for you to look at this new free service that’s helping companies in your area to save up to 25% on their long distance… would Friday be good for you, or would Monday be better?”

Do you see gradualization at work there? Do you see the stream of acceptances I engineered into the conversation? You’d be amazed at how often this tactic got my foot firmly wedged in the door of a new account.

The power of gradualization to open somebody’s mind to a proposition they would otherwise patently reject is profound.

What an irresistible promise often needs before it can generate profits… 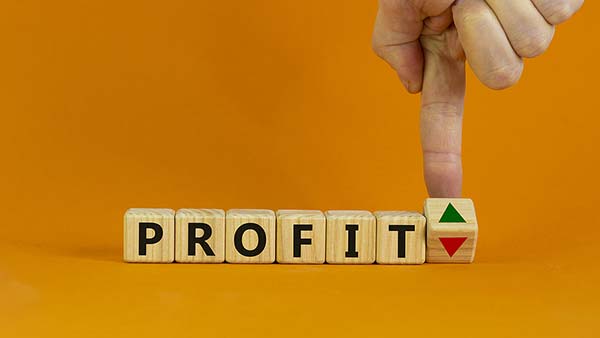 Schwartz cites a great example of gradualization in his book …

An information publisher was unable to profitably sell a manual that showed TV owners how to conduct their own repairs. They were losing money with a single step ad. The headline read “Save Up To $100 A Year on Your TV Repairs!” At the time, that was a big promise.

Schwartz identified a significant gap in what people believed about their ability to accomplish their own TV repairs and what they needed to believe in order to buy the manual.

Even though the repairs were very often only adjustments made at the back of the set, when people saw the headline, they just didn’t believe they could do it. They felt they had no business messing with such a delicate piece of high-tech equipment, and didn’t bother to read the ad.

So Gene took the above headline and used it as a sub-head instead, preceded by a stream of acceptances. The new headline read, “Why Haven’t TV Owners Been Told These Facts?”

It seems hard to imagine now, but at the time Gene wrote this ad, people were spending a lot of money on TV maintenance contracts, and there were certain unscrupulous repair organizations that were gouging people.

Gene’s new headline tapped into the widely held suspicion that TV owners were being taken advantage of. It met the target audience at their point of belief and built a series of graduated acceptances that allowed them to accept the much larger, direct promise contained in the original headline.

I’ve discovered the same phenomena online. Very often a huge promise in the headline, no matter how true, will fail to pull a correspondingly spectacular sales result.

The sequence in which the promise is made can make a dramatic difference.

Is your copy begging to be “gradualized”?

So here’s your homework assignment. Examine your funnel and sales process from top to bottom and ask yourself: How can I sequence my copy more effectively?

Are there opportunities to restructure the order in which I present the various copy elements I’ve created?

Are there facts, arguments, features, benefits etc. begging to be gradualized?

Am I meeting my audience at their point of belief?

Can I eliminate any redundant steps in my sales process?

Am I stimulating curiosity and arousing interest for what lies on the other side of each click?

Why don’t you join me for a free live training on all this stuff and more? It’s happening later this week.

Until then, Good Selling!