Men listen … despite what the beer commercials imply, beer will NOT get you buxom, bikini-clad babes. It won’t …

Drink enough of the stuff, and they look like babes. Drink still more and you can grow your own breasts. But in truth … a beer-bloated dude is about as welcome in a bevy of bodacious bombshells as a skunk at a lawn party. Isn’t that right girls? So much for truth in advertising  …

But it is true: appealing to people’s basic instincts and emotions is a powerful way to get their attention and captivate their imagination. It may in fact be all you need to do if your prime directive is to get them to remember your brand as they’re walking the aisles trying to decide on what kind of beer, toilet paper, or toothpaste they ought to buy. If you want to imprint the name of your product on somebody’s mind, the keys are emotion, a catchy buzz phrase, and plenty of repetition.

The idea is to get people to associate your product with a particular “feeling” they enjoy. In the case of the beer commercials, it’s a party atmosphere, and the promise of sex.

In the case of a sports car, it might be a feeling of virility and success. For fine women’s clothing and jewelry, it might be a feeling of femininity and desirability. Isn’t there something inherently sexual in the experience of these types of goods: The heady mix of smoking tires and half burned hydrocarbons, or the luminescent shimmer of a strand of pearls on a woman’s neckline?

Not only do these objects of desire help us to feel a certain way, even more importantly, they allow us to express our attractiveness to the opposite sex, like a peacock’s extravagant plumage of iridescent tail feathers. 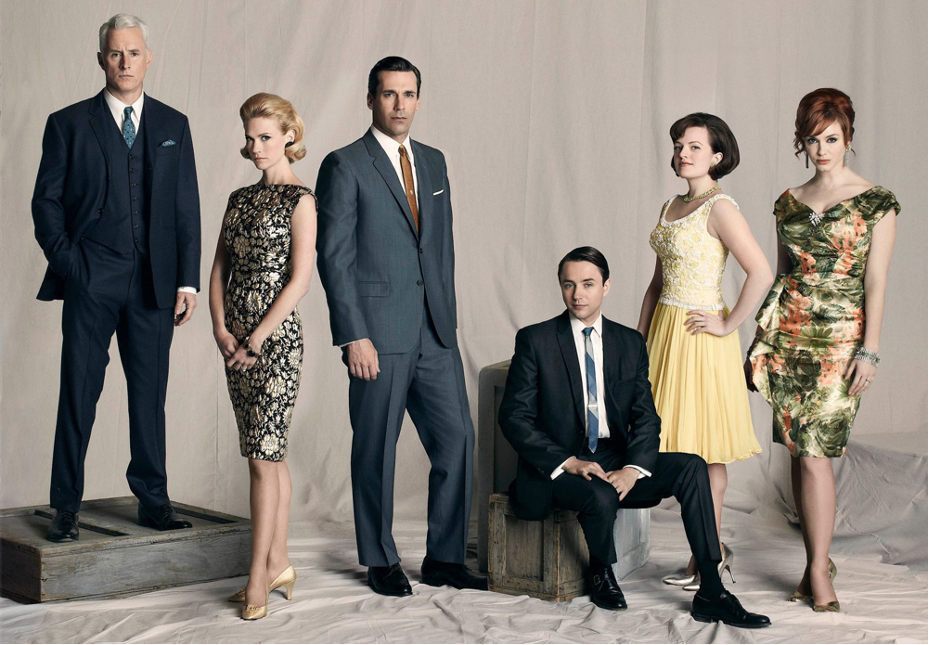 In fact, almost everything we buy is at some level connected to our innate need for sexual expression. In each case the products themselves are either symbols that allow us to flaunt our suitability as a mate, or a means toward the acquisition of other products that fulfill this primal, unconscious need.

What drives a man to invest in his career, and excel in the business world? He wants to impress some woman, of course!

Since he is instinctually driven to get as many of his genes floating around in the gene pool as possible, he earns money to buy symbols that prove he is good procreation material. It is a man with a plan – not a man with a beer – who gets the chicks.

Mucho moolah allows him to afford more potent symbols than the next guy, evidence of his higher social status. And the higher his social status appears, the greater his access to the opposite sex.

Social status is of course relative. If some challenger on the block upgrades to a new Hummer he needs one too. The poor man has to keep upping himself to keep up with the Joneses – proving he is indeed the one with the authentic plumage – or risk spending his nights alone.

Of course tying your product to the expression of this basic instinct can be very profitable indeed. But it is a tricky business …

It’s not something you dare approach too directly in your copy. You’ve got to come at it from an angle as they say … implying rather than overtly stating, or using images instead of words to trigger the intended emotions. 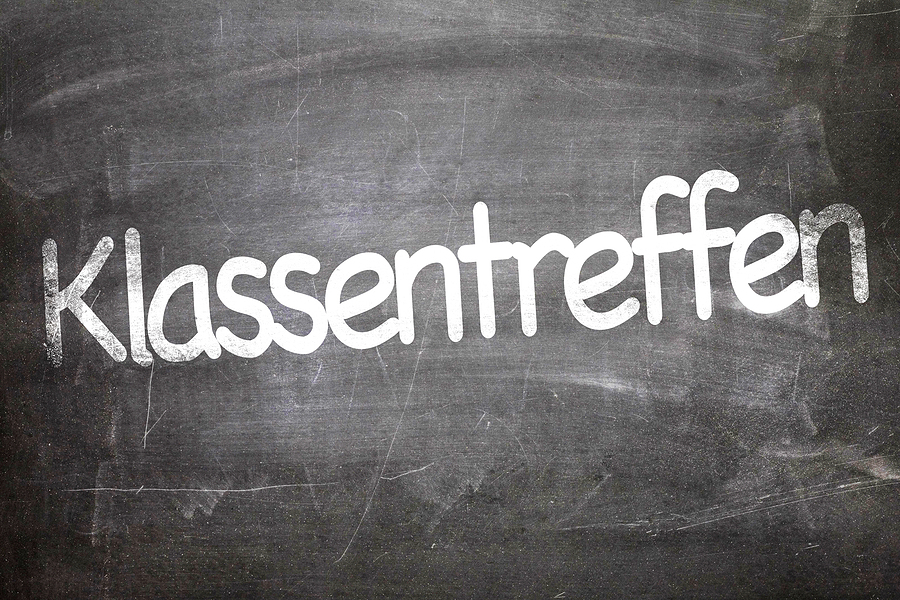 Martin Conroy’s “two young men” letter – said to be the longest running control in advertising history – is a classic example. It pulls this sex lever very subtly in its opening. If you read the entire letter, you’ll be hard pressed to find another reason why it worked so incredibly well.

On a beautiful late spring afternoon, 25 years ago, two young men graduated from the same college.

They were very much alike these two young men. Both had been better than average students, both were personable and – as young college graduates are – both were filled with ambitious dreams for the future.

Recently, these men returned to their college for their twenty-fifth reunion.

They were still very much alike. Both were happily married. Both had children. And both it turned out, had gone to work for the same Midwestern manufacturing company after graduation, and were still there.

But there was a difference. One of the men was the manager of a small department at that company. The other was its president.

What made the difference?

OK, you may say there’s no sexual reference or innuendo here at all. And that is exactly the source of this copy’s power. It is invisible to the conscious eye. But under the covers, the reader’s primordial reproductive instincts are triggered.

Social competition, class envy, and the drive for dominance are implicit in the story. And these things are all driven by our instinctual desire to display maximum attractiveness (and therefore obtain maximum access) to the opposite sex. Social status, money, and prestige are inextricably linked to dominance and sexual selection.

But what really sets this off is the setting: a class reunion. The reader’s mind is filled with not only the status struggles of today, but also the highly competitive mating rituals of his adolescent life.

Immediately he’s making competitive comparisons, complete with the corresponding thoughts of envy, jealousy and vengeance that are likely to arise as a result of attending such an event. Can you think of a better way to stir up these kinds of highly charged and actionable emotions?

Another beautiful thing about this letter is that it succeeds on multiple levels. Not only is it very effective at creating an immediate buying response. It also does a very good job of branding The Wall Street Journal by turning it into a sort of status symbol. The reader can obtain satisfaction from simply being seen with it. He doesn’t even have to read the darn thing.

Gene Schwartz called this process “identification”. The reader sees himself acquiring an admirable “identity” as a result of buying the product. Being seen with The Wall Street Journal identifies the reader as being “sophisticated”, “upwardly mobile”, “intelligent”, and an otherwise outstanding procreation specimen.

“Usually expressed by adjectives, or adjectives-turned-nouns. For instance, “progressive” … “chic” … “charming” … “well-read.” They are part of the personality of your prospect. They belong to him. His task is to pick out the ones he values most, and to develop them. And then to turn the spotlight of other people’s attention onto them, one after the other.”

These are the status roles … class roles … position roles that are created by every society on earth, and offered to the men and women who earn them – usually expressed by nouns, with the nouns serving as titles.

Schwartz wrote Breakthrough Advertising in 1966, and it’s interesting to note how much public attitudes have changed since then. Where “wife”may have been a very desirable identification 40 years ago, it is clearly no longer the case. Obviously the roles you choose to work with need to be in lock step with the times, as well as the particular idiosyncrasies of your target market. Nonetheless the principles are entirely valid. 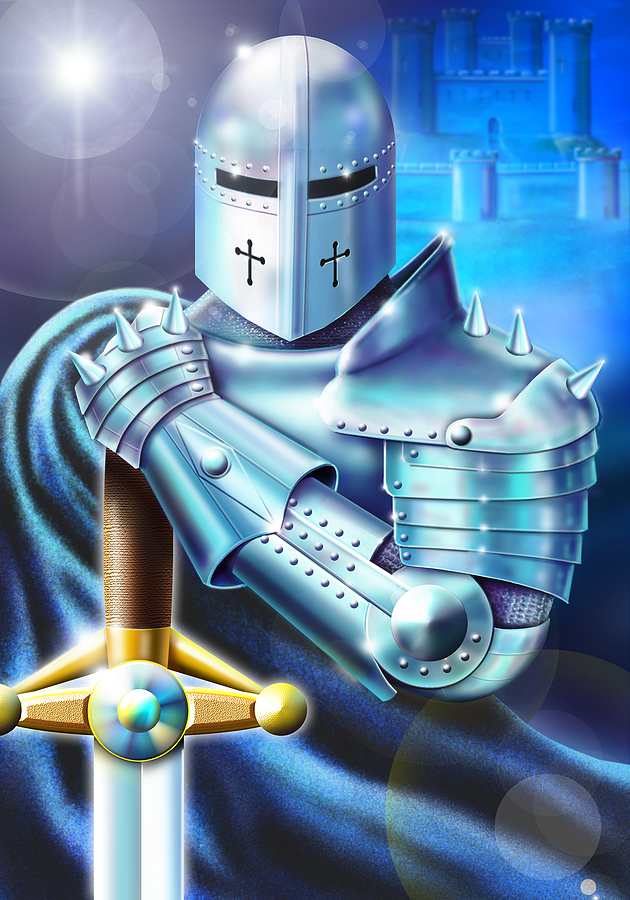 I also found this statement in Breakthrough Advertising about character roles particularly interesting and valuable … “One further fact distinguishing these character roles. Since they are not created by society, but by the prospect himself … and since they are never claimed openly, but only hinted at, implied or prompted, they can never be tested or measured, and they are ambiguous. They are subject to error. And, more important, they are subject to fantasy.

“Great areas of these character roles literally exist in the sub-conscious. They are never given definite words. They are not stated or discussed, but subtly expressed in symbols and images. Only rarely does the prospect test them against the outside world, to see if they are actually true. There is no direct claim made in the advertisement. No verbalization to be filtered by the conscious rational mind. No test situation called for where the prospect must prove that the role is valid. Acceptance is easy, painless, and non demanding.”

What Schwartz is saying here is that if you imply that drinking x beer will make your prospect “hip” … “cool” … “fun” … “the life of a party filled with buxom, bikini clad babes” there’s no entrance exam. He automatically qualifies.