Here’s the thing about paid traffic …

If you can’t do it, you really don’t have a business.

Sure, you can eek out a living manually beating the bushes and pounding the virtual pavement, but that ain’t a business. It’s a job.

So like it or not, you need to learn how to do paid advertising and ride the tidal waves of change that are sweeping through the social media landscape.

And you need to cut through the BS and get to the truth about what works and what doesn’t.

Look at this test: 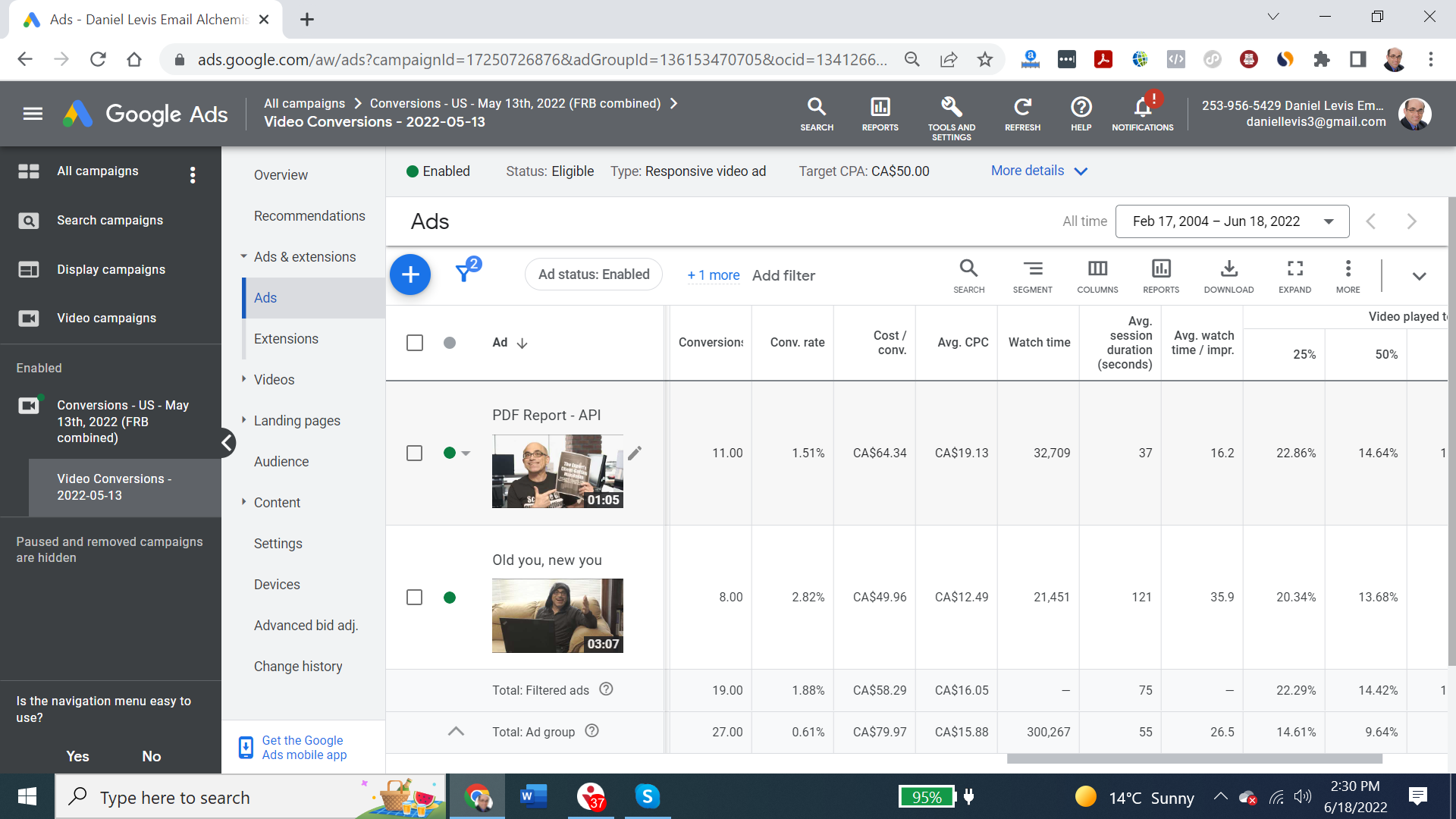 These are our top performing ads right now.

And here are a few surprising sacred cows toppled by this test.

>>> Top performing does NOT mean cheap clicks. You can’t cash clicks at the bank and nosebleed expensive clicks often give you a far superior ROI than cheap ones. Check the astonishing average session duration (time on page) of the winning ad in this test.

>>> Shorter ads get the click. So what? See above bullet. Yes, the shorter ad got more clicks, but the conversion rate (opt-in rate) was around half of the longer ad.

>>> PDFs make the best quid pro quo. Again, yes, you will most likely get the cheapest clicks and opt-ins offering a pdf. It’s instant gratification and having something tangible to pitch in your ad. But best ain’t necessarily so. I’ll say it again. You can’t cash clicks and opt-ins at the bank. See which ad had BOTH lower cost per click and higher time on page.

One is a very direct and short appeal offering a pdf with plenty of fascination about what you’re going to learn in that pdf.

This one is a story ad, longer, less direct but obviously more engaging, since it was the winner.

The key takeaway from this case study?

Don’t step in anybody’s dogma, including my own. Measure the right thing (sales) and test things for yourself.

P.S. I’ve got a few more strategy session slots to fill this week, so let me show you some of the most common traffic problems we encounter and how to fix them.

Traffic is the fuel that powers your offer, your lead gen, your conversion, and your follow up… but they all work together and if any one of them is misfiring or out of alignment, it doesn’t matter what kind of fuel you put in the machine, even rocket fuel is not going to help you all that much.

But assuming everything else is reasonably well nailed down, the trouble with traffic is that it is always a moving target… all of the social media platforms are constantly changing and evolving and there are an enormous number of variables and dials and switches to manage. And if you have any of these dials or switches misconfigured it can be like trying to run your Ferrari on diesel fuel.

And so right now you’re wondering what’s the dial, what’s the switch, what am I doing wrong and why isn’t this traffic converting? And so we’re going to find out on the call, but let me give you an idea of some of the common pitfalls.

Tracking and optimization. Most of the social media platforms are using machine learning to optimize your targeting, and if you are not feeding accurate information back to them about who is converting, then it is unlikely that you will be able to scale too far on that platform. And so if you’re having trouble scaling, the first thing we’ll want to do is audit the accuracy of the data you’re giving back to the platform.

Goal selection is another one. Your goal is ultimately sales, not impressions, not clicks, not opt-ins, not booked calls, sales. That doesn’t mean your goal has to be sales, especially early on, but if you’re optimizing too high in the funnel, then the ad platform is going to send you cheap traffic that doesn’t convert. On the other hand, if you’re trying to optimize low in the funnel, for sales as example, then it’s going to cost you a fortune to get any meaningful data back to the platform, so you have to know what to optimize for and when …

Targeting is another one. If you’re targeting too broad, then it’s going to take a hell of a long time for the ad platform to figure out who is a good prospect for you. Target too narrow, and you might get a little bit of good traffic and then it will peter out. The best approach is to layer multiple different interests together, so you can have the widest possible reach while having the best odds of hitting a qualified target.

And of course, creative. None of this other stuff matters if the copy and the visuals and delivery of your ads fail to captivate attention, interest, desire and action…

But it’s amazing… just one little tweak to the targeting, goal selection, optimization or creative can instantly light up your funnel and transform your financial destiny in a heartbeat.

So book a free session, and we’re going to see where the lowest hanging fruit actually is… and if it’s traffic, then that will be the focus of our discussion. What’s the fastest, easiest way to get the traffic you need to scale things out?