I don’t believe there’s any special “hidden” secret of success; at least none that I’ve ever stumbled across… read about… or anyone’s ever told me of.

There are a lot of skills and insider information involved in growing any business, of course.

I’m not naive to that fact.

But if that’s all it took, then why is success so elusive, for so many?

Especially when there are piles of books, and endless amounts of blog posts, articles, and programs with all the practical ‘how-to’ information you could ever want?

Have you ever thought that maybe success is so elusive… because most of us are looking in the wrong places? And the real secrets of success might be hiding, right out in the open?

That’s what I think.

Because sometimes all it takes is a strong dose of courage and resolve to achieve what you really want in life.

Most of the time, all that book learning and training is actually secondary.

Take this story, for example …

One day, back in 1975, a copywriter by the name of Gary Ross Dahl was talking with his friends about their pets, and over the course of the conversation, he thought, “since taking care of living pets is so much trouble, maybe I can offer an alternative?”

And that’s how the idea for ‘The Pet Rock’ was born; the easiest and lowest maintenance pet known to man. 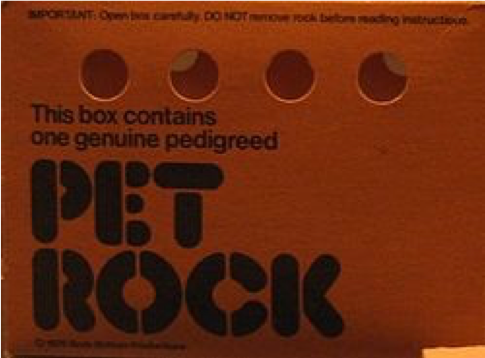 It obeyed almost any command, he said, particularly ‘sit’ and ‘stay’… though it could also ‘roll over’ and ‘attack’ with some help from its owner.

And even though everyone laughed at Gary’s idea, I guess that was the point.

Because he soldiered ahead, and in his earnestness, convinced distributors and store owners across the country to carry this silly product.

But the results were no laughing matter.

Because over the course of just 6 months, consumer demand created a Pet Rock phenomena and Gary sold 1.4 million of these at $4 apiece… becoming a millionaire in the process.

I love this example:

Pardon the pun, but that took some stones.

Gary’s story is really just one example in millions, in fact, where ‘the ill-equipped individual’ struck out and, with nothing but sheer grit and determination – won the day.

Because that’s what it takes.

Nothing more. Nothing less.

Courage and resolve are required at every turn …

Even as marketers, we need to remember to demonstrate these qualities in every single thing we do and say in front of our audience. Because if we don’t – well – why should they ever sit up and take notice? 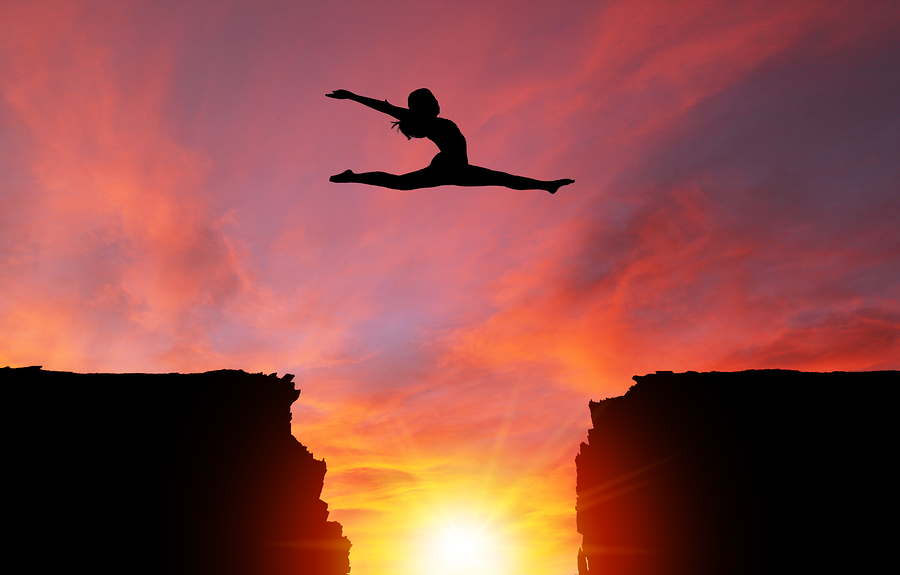 Because it all comes down to one word: CONVICTION.

If all Gary wrote on his packaging was, “Pet Rock,” then the joke would have absolutely been on him. He would have fallen flat on his face.

But he was smarter than that.

He showed his absolute commitment to the idea with every word he used, proclaiming, “This box contains one genuine pedigree PET ROCK.”

And he even doubled down by putting air holes in the box for added effect… and a care and grooming instruction manual inside, so everyone would know he was dead serious.

And that’s what made it funny! 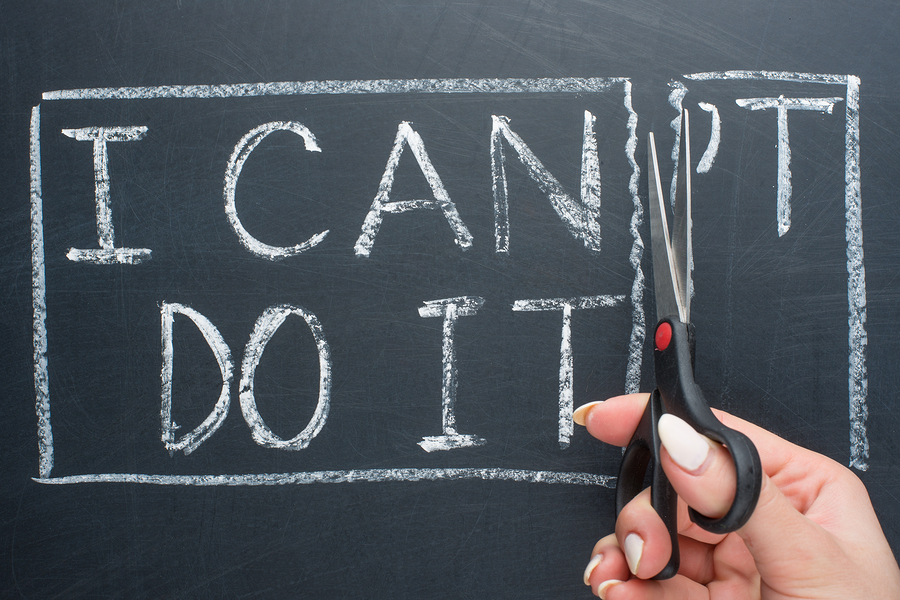 Which is exactly what HAS TO HAPPEN in your marketing.

People need to be able to ‘read between the lines’ and be completely assured of your commitment and your resolve – before anyone is going to take you seriously.

After all, there’s so much noise out there these days.

And, just like yourself, your potential clients and customers are also struggling with their own fears and insecurities. So if YOU don’t believe in your business with all your heart… as the old adage goes, “then why should anyone else?”

So charge what you’re worth…

Because the subtext there is that you’re confident in your abilities to deliver on your promises.

And take the time to show people why you do what you do.

Because the subtext in each one of your stories… in each word of your marketing… is that, even when things look bad, you’re still going to hang on… and pull through – because you know where the gold is buried, and you can prove that fact ‘six ways from Sunday’.

‘Proof in marketing’ goes way beyond proving your system works…

It’s really much more about helping your market see that you believe in your business with all your heart, so they can, too.

And that leadership example is THE THING that:

You’ve got to ask yourself: what are you doing… or not doing, right now… to give your audience that true sense of confidence and conviction?

Start asking yourself this question every day, in fact.

So it impacts everything you do in your marketing and infects your audience with that same level of belief.

That’s how you make sure you’re sending the right message… instead of sending mixed signals… which only raises more questions and leads to hesitation.

That’s how you build your community, and deliver the life and/or business transformations people are looking for.

Remember, it all starts with you and your unbreakable commitment to success.

And most times, if you have that, the rest will take care of itself.

That’s all it takes to create your own opportunities, wherever you go, just like Gary did.

Success really is that simple.

But until you find and cultivate that power within yourself… 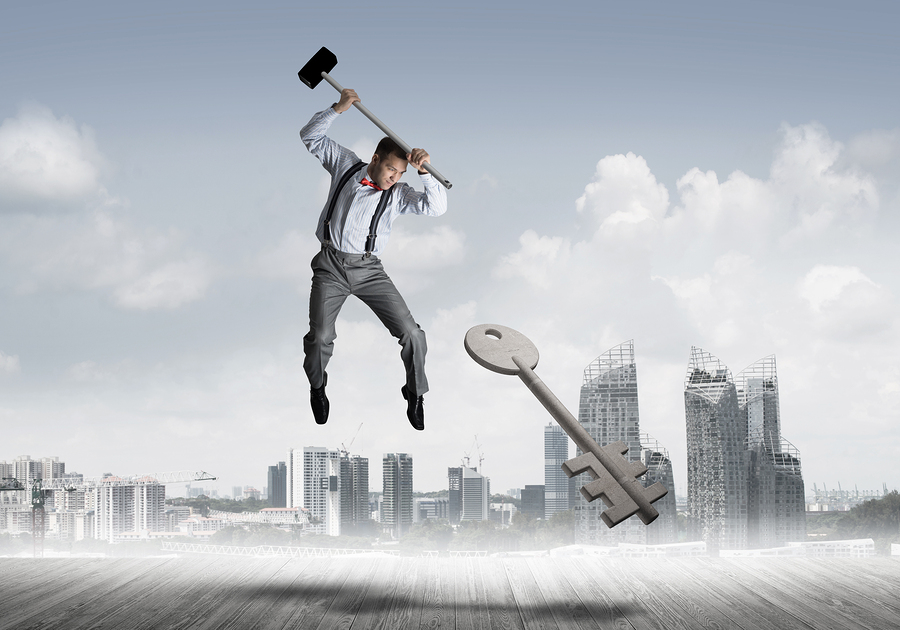 … Then the subtext in your words and actions is likely sending the wrong signal.

Which can easily chase away your best, would-be clients.

And we can’t have that happening, now, can we?

So let me leave you with this.

If this life was a movie… and, naturally, YOU were the hero of that movie…

And this was that point, where things were at their worst…

… And everything hung on a razor’s edge…

… What should you be doing, right now, to win the day… and live the destiny of your choosing?

Before becoming an expert EMAIL ALCHEMY practitioner and joining the EA team, Jeremiah earned his direct marketing chops as a celebrated AWAI (American Writers and Artists Institute) graduate. He has extensive experience in the hospitality industry, where his innovative direct response methods have helped numerous hotel chains elevate their marketing game, from the typical transactional, race-to-the-bottom approach, to value-based selling that results in high-margin repeat sales.