There are three things that will slaughter conversion at every step of your sales funnel.

If you could recognize them, and banish them from all your ads, web pages, emails, webinars, videos, enrollment calls, etc., your response rates would instantly soar. 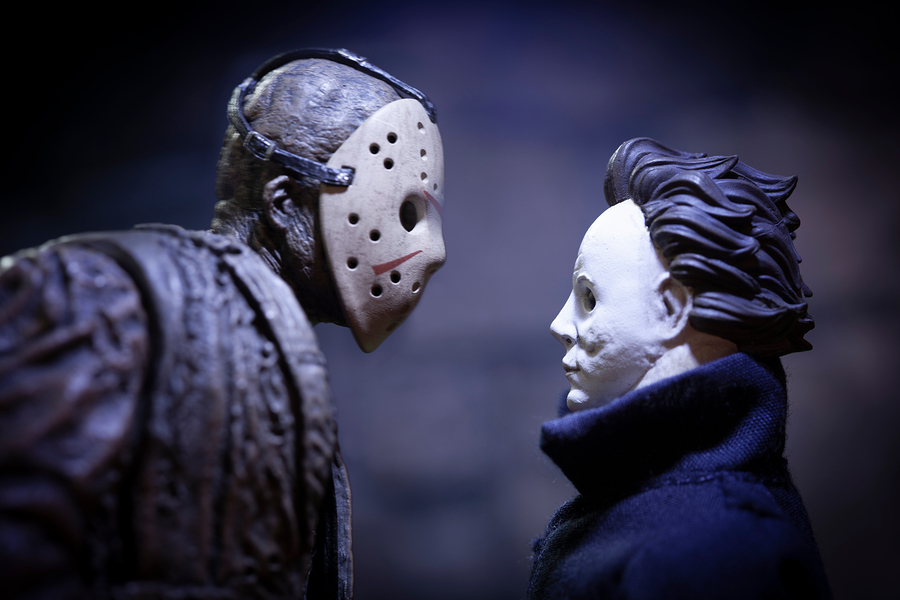 If people can’t get excited about your marketing, your response rate will suck.

Remember, there are only two reasons people do anything: To obtain pleasure or avoid pain. If your sales and marketing fails to promise one or both, it is by definition — boring.

You’d think this would be obvious, but it’s not.

Most of the websites I visit are like the actor who said, “Enough of me talking about myself. What do you think about me?”

Your marketing is NOT about your company or your product. It’s about your prospect. Keep him at the center of the dialog. Appeal to his self-interest. And you’ll have his attention.

Once you’ve got it. Keep it. How? By continually foreshadowing what comes next, slowly lifting the veil on all the juicy secrets your prospect needs in order to obtain the object of his desire.

Self-interest and curiosity are critical to maintaining interest. But there’s more to the boredom banishing formula …

To get people fully engaged, you’ve also got to stir their emotions. Hollywood is in the business of dispelling boredom. And that means it’s also in the emotion manufacturing business. People crave emotional stimulation. They don’t want to think. They want to feel.

And so it’s your job to constantly be thinking about how you can dramatize your claims and get your prospects experiencing the promise of your program (and the horrible outcome of inaction) in the theater of their minds.

You do this by using metaphors and analogies that bring your selling points to life. You do it with emotionally evocative words and phrases. And you do it through story.

Suppose you want to build trust by positioning yourself as a “leveler” — someone who isn’t going to sugarcoat the truth just to make a sale. You could just come out and say that, or you could dramatize it by drawing the following analogy.

“In the movie “The Matrix”, which is really about choices, Morpheus forces Neo to understand that knowledge can be a bitter pill to swallow. He offers Neo a choice between a red pill and a blue pill. I’m offering you a similar choice.

“Take the blue pill and you’ll wake up tomorrow morning believing whatever you want to believe about [x]. Take the red pill and I’ll show you how deep the rabbit hole really goes.”

Which is more engaging? 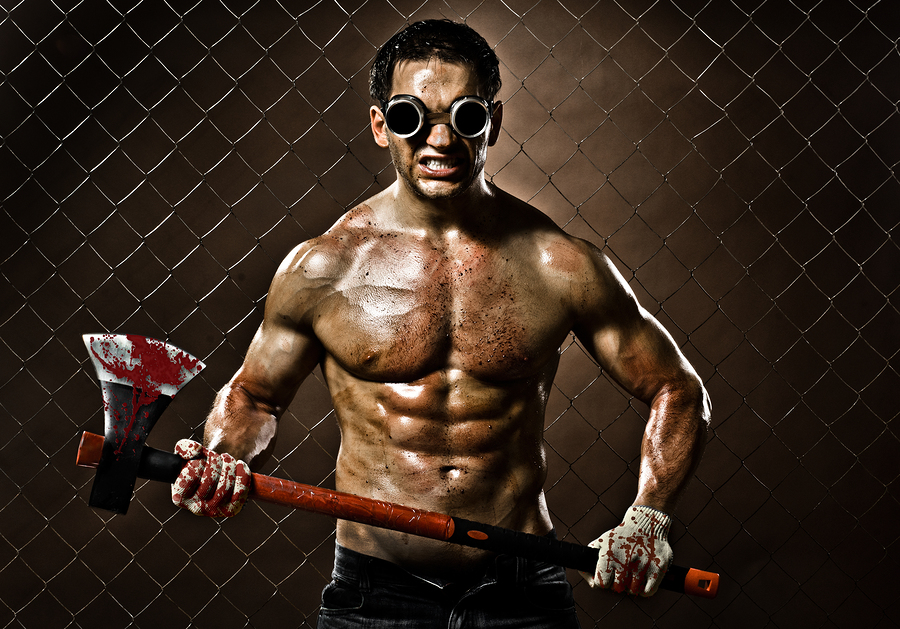 Your prospects are on sensory overload. When they arrive at your website, you have probably 2 to 3 seconds max to grab their attention, and maybe another 5 to 6 seconds to generate real interest.

I see people spending money on advertising, offering some kind of a freebie to get people to click through to their site, but when I click on the ad, I land on a page that’s a sea of distraction.

Links across the top … links on the left … links on the right … links in the middle. What happened to the freebie? Oh, there it is somewhere on the right with all of the other stuff… or buried way down at the bottom of the page. And what’s it supposed to do for me again?

What are people to do when they arrive at a website like that where there’s no clear plot for them to follow? It’s sales suicide expecting them to browse around and somehow stumble upon the action you want them to take.

Yet I see this all the time. Nobody has taken the time to map out any kind of a sales process for the website. It just confuses people and they back button away or get lost poking around without taking any kind of action that advances the sale.

Give your prospects a clearly defined plot to follow when they arrive at your website. If you promise something in your advertising, for heaven’s sake follow through on your website with a big ass headline that confirms that promise.

If your headline fails to instantly communicate a clearly understood and expected promise of self-interest… if it fails to stimulate curiosity… or evoke emotion (preferably all three), you’ve lost them. The secret is brevity, getting maximum meaning across with minimum words. And having a clear plot for your prospects to follow.

Once they’re into the body copy, they become more forgiving, but force them to think in the wrong way about what you’re trying to say and a strike is counted against you — their interest and confidence in your message wanes.

There is a big difference between your prospect mentally saying to himself “why are you telling me this?” and “hmmm … I wonder where he’s going with this?” The first is confusion, perhaps the fault of a gap in logic, or excessive wandering on the way to your point. Your prospect just feels lost. The second is intrigue. Your prospect isn’t sure where you’re taking him, but he’s confident you know where you’re taking him. What’s more, he is anticipating this outcome or that.

It’s not the bomb going off in an Alfred Hitchcock movie that rivets your attention, it’s the fact that it’s ticking under the table and you want to know if the protagonist will discover it and diffuse it in time or be blown to smithereens. No matter where the story goes, you know it’s coming back around to that climactic point. In the meantime, you are held in suspense.

Well it’s the same with your sales and marketing. Without beginning with a figurative question mark before taking off in this direction or that, your prospect feels rudderless and confused. You need a cohesive thread that holds your copy together from start to finish.

And speaking of finish, the cardinal confusion sin is leaving your prospect dangling… without telling him exactly what to do next. I am incredulous at how often I see this. 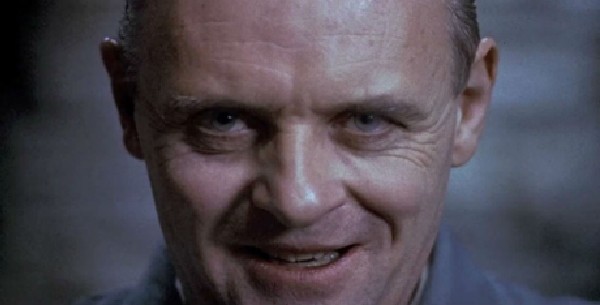 According to the great copywriter, Gary Bencivenga, the two most powerful words in advertising are “yeah sure.” Gary’s advice is to never make your promise bigger than your proof. Concentrate on surrounding your claims with stronger, bolder proof.

Great advice indeed, but I think there’s more to the disbelief story …

Have you ever experienced a pitch that made a huge promise surrounded by even huger proof, and still not bought? I know I have.

Something inside of me that was hard to put a finger on threw cold water on the sale. From a logical standpoint, the purchase looked overwhelmingly in my best interests — a no-brainer — but at the end of the day, no cigar. I felt like an idiot for not buying and not knowing why.

Perhaps you’ve shared this same strange sensation. What is it, and where does it come from? Eventually I was able to put my finger on it.

It was a lack of trust. I had no reason to distrust the seller, but I did. Why? Recently, I came across an interesting New York Times/CBS survey that I think sheds light on this mystery.

Statistically, the odds of these answers being accurate are miniscule. What it tells us is that somewhere deep in our lizard brains, strangers are not to be trusted.

As I listened to the pitch, I was impressed by the promise. I was impressed by the preponderance of proof. But I felt no connection to the seller. The seller remained “strange” to me. And as a result, I found myself actively looking for reasons why I should not trust this organization. They did nothing to earn my distrust, but they also did nothing to relate to me or make themselves seem familiar to me.

All their credibility elements were about their achievements. There was nothing that created any kind of a personal bond or camaraderie between us. There was nothing that demonstrated they were my kind of people. And simply because I felt I did not know them, I refused to give myself permission to believe the mountains of proof they heaped before me. Another sale crushed in the mandibles of disbelief.

Gary makes a big deal about how he surrounded his promises with superior proof to win more controls than any other copywriter alive. But I’d bet money he also demonstrated superior empathy for his target audience. I’d bet money he created a more tangible human connection. And together, the net effect was a much stronger, more believable promotion.

Creating that human bond and empathetic connection with your target audience is in my mind the real “yeah sure” silver bullet, simply because it’s so rare.

I’d love to hear your thoughts on this. Feel free to strike up a discussion in the comment box below.