Trust is in short supply these days, and for good reason.

Politicians, religious leaders, gurus, CEOs — we’ve watched so many of these paragons of virtue go down in flames.

That’s why, if you could install a way to read what’s going on in people’s brains, you’d see they’ve allotted a significant portion of their mental bandwidth to suspicion, wariness, misgivings, and doubt.

So what’s an honest entrepreneur to do?

Implement the following 5 ways to build trust and credibility ASAP.

If you’ve ever been to Costco, you understand about free samples — they’re everywhere.

In fact, I know people who plan on “dining out” at Costco when they go shopping.

That’s why giving away a sample of your product is a very powerful and often overlooked way to convince people of your claims.

It makes total sense to turn part of your sales process into a sample of your wares. The value-in-advance approach, where you give value in your marketing, is in effect, a product sample.

The quality of the experience it creates is potent proof of the claims you make in your marketing. Your free sample proves you have total confidence in your offering.

That’s why we’re currently offering a FREE business analysis and strategy session for entrepreneurs who want to strengthen, simplify, and automate their client-attraction process.

Because we know that if clients actually EXPERIENCE what we can do for them, they’ll want more. 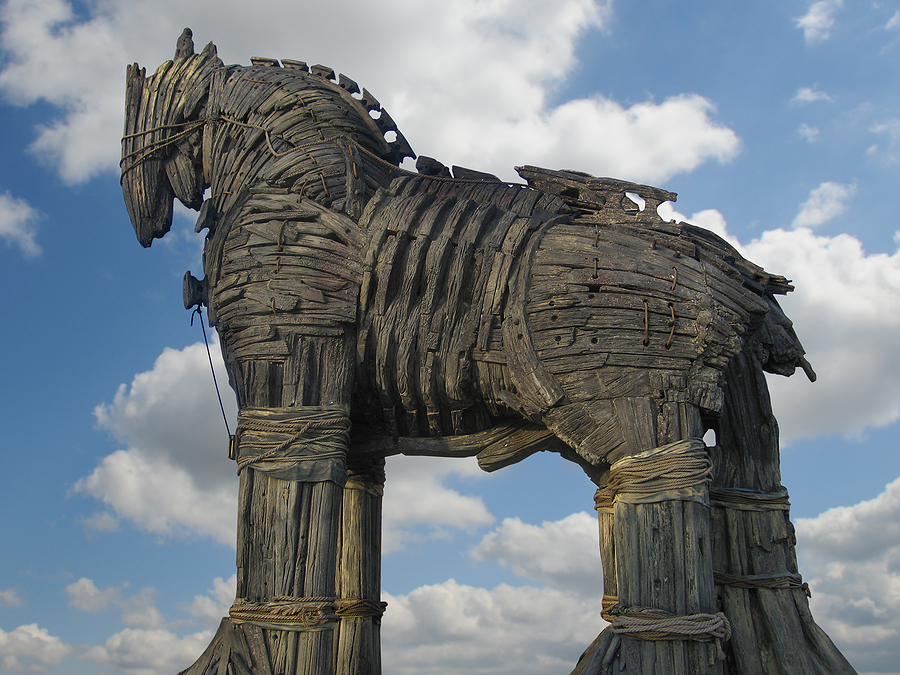 Like the brilliant Trojan horse, your free sample rides into your prospect’s barricaded and suspicious mind with your sales message tucked delicately inside, ready to spring to life and snag the order.

It’s even better if you can give results in advance. If the information you provide in your lead generation magnet can be used to create a small result for your prospect, it’s almost like crack cocaine. They get addicted.

Claude Hopkins, arguably the most celebrated and successful ad man of all time, sold almost exclusively with free samples — a very powerful credibility booster that literally cannot fail if you have a truly superior offering aimed at the right buyer.

Gradualization is a term coined by legendary copywriter Gene Schwartz. You can, and should, get the full scoop by reading or rereading his book, Breakthrough Advertising. Here’s the Cliff Notes version of gradualization …

In a nutshell, gradualization means beginning with statements your prospects already believe, and then gradually extending and molding those beliefs into new ones that are required to make the sale.

People’s opinions and beliefs are sacred to them, so what a person believes is his or her TRUTH. People will march off to war to defend their beliefs. 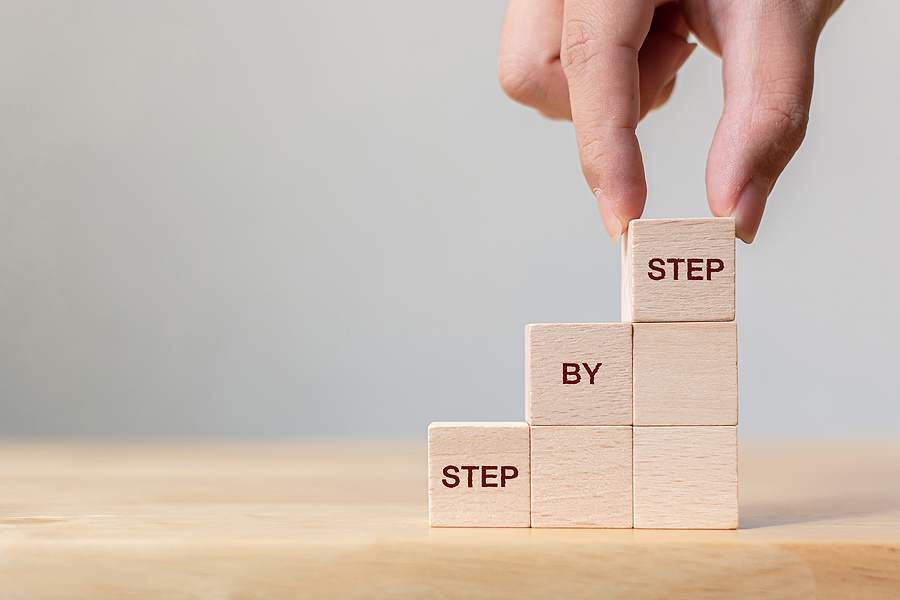 In order to change a person’s beliefs, you must first harmonize with those existing beliefs and then appear to build upon them, as though gradually extending them to where you need them to be.

To give you an oversimplification, if you want people to believe the statement, “no matter how many times you may have failed in the past, now you can do this,” you can make it more believable by prefacing it with a number of truisms — things the person already believes — like so:

“You want to be the best you can be. You want the best for your family. As you sit in front of your computer … as you read this message … the time has come to believe that no matter how many times you may have failed in the past, NOW YOU CAN DO THIS!” It’s almost like what they call a “yes set” in conversational hypnosis.

Or when it’s time to close a sale. You start with easy questions. “How do you spell your name?” And you write their name on the order form. “You wanted the calfskin upholstery, isn’t that right?” Check that off. “Can we drop the car off later this week, or would next week be better for you?” And on you go. If they’re answering you, it means they’re gradually taking ownership.

You’re gradualizing the buying process, building one agreement on top of another, making it easy for them to believe.

Your CREDENTIALS are the obvious answer to the question, “Why should I listen to you?” They’re like badges of authority.

Most people think of credentials as formal accreditations, and of course, this is how society trains us all to think, i.e., some governing body tries to control access to an industry and the only way you can get a license to practice in that industry is by joining their “priesthood” and kowtowing to their rules.

But credentials don’t always have to be formal designations received from professional bodies or associations.

Demonstrating your track record for producing results is a powerful facsimile of credentials. This is especially true when those results are super relevant to what you’re promising to do for your prospect. 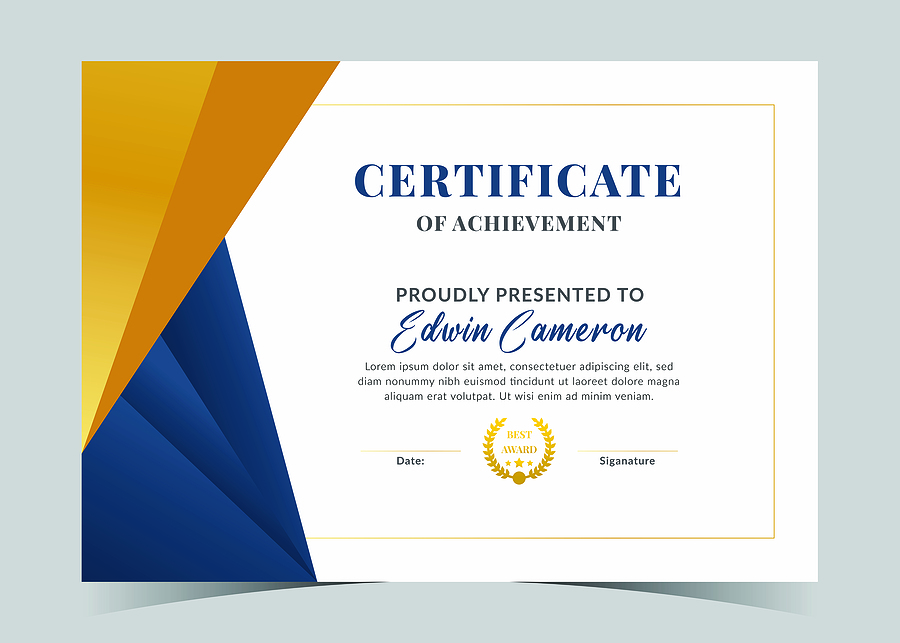 And you can take formalized credentials or a track record and artfully transfer them from one field of endeavor to another. In other words, you can take an unrelated credential from your background and twist it to fit your individual expertise.

For instance, if you’re a copywriter with a background in engineering, you can tell the story to clients about how “ordinary” copywriters are usually groping around in the dark, guessing at hot buttons and objections.

“But with my background, I’m able to roll up my sleeves and conduct rigorous empirical research to uncover the real reasons your customers will and will not buy from you.

“Then I set out to prove my hypothesis with scientific split tests of my copy that don’t stop until I’ve isolated the exact hot buttons and appeals and objection destroyers that send your sales to the moon, guaranteed!”

In the hilariously funny 1987 comedy “Tin Men”, Ernest Tilley opens his aluminum siding pitch by handing the homeowner a silver dollar, saying he found it lodged between the walkway steps.

Surprised by Tilley’s apparent honesty, the homeowner lets down his guard and Tilley handily makes the sale. Yes, Tilley was a con man, but you don’t have to be one to use the damaging admission.

Your prospects are naturally resistant to sales arguments. They are actively looking for “the catch.” 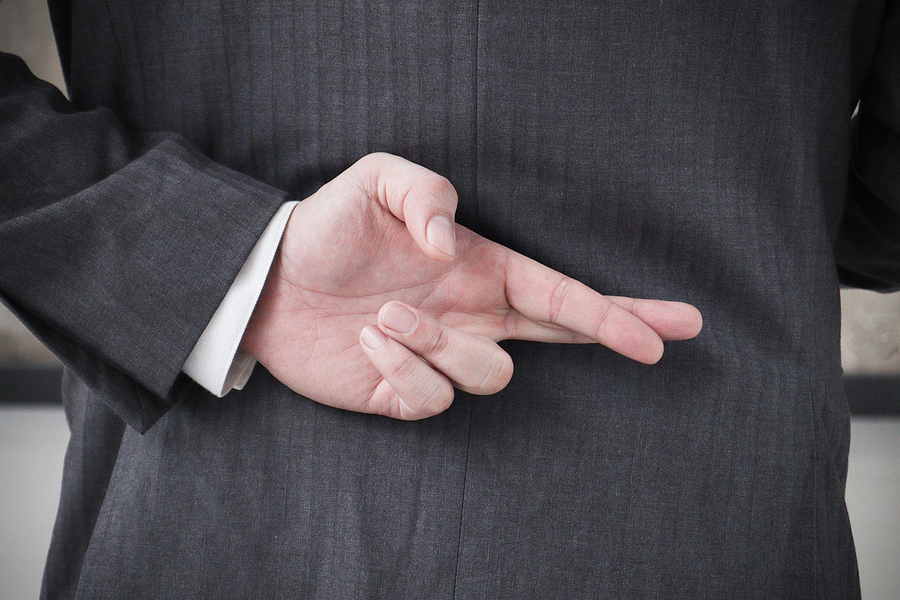 When you say something apparently damaging to your own self-interest, voluntarily admitting a flaw in your product or service, it communicates your honesty. And they stop looking for the catch.

The damaging admission makes a great opener, too, because there’s a certain shock value.

In the great Joe Sugarman’s fabulous book, Triggers, he gives an example of the process in the aptly named chapter, “Raising Dirty Laundry Up a Flagpole.”

“Picture this. You’re talking to a prospect, trying to sell him or her a product when deep inside you know that the product has a flaw in it. Let’s say it is the worst-looking product you could possibly offer. Furthermore, it has a stupid name. Even worse, you normally sell the most advanced-looking products—ones that win awards for their beauty, design and technology—and this one is plain ugly.

“That’s exactly the challenge I faced when I offered a thermostat made by a small company in the Detroit area. The Magic Stat name was not very memorable, the plastic case looked cheap and the entire unit looked like it was a throwback to Thomas Edison.

“Whenever I sold a product that contained some obvious blemish or fault, I brought the blemish or fault up first in my copy. In short, I shared my dirty laundry openly and honestly right up front.

“This is one of the keys in selling. In the past, when I showed a piece of real estate and I knew that there might be an objection in the mind of my customer, I would bring it up first.

“It was amazing how bringing it up first was not only disarming but also reduced the importance or negative impact of the problem feature.”

OK, last but not least…

To be of real value, testimonials should demonstrate results, positive change… a nice wide arc from the undesirable to the desirable… as in “I was having horrible hair days and all the girls at the office were laughing behind my back until I started using XYZ — now they‘re all green with envy over my soft curly locks and my new boyfriend.”

Use them to counter objections. “I was totally grossed out by XYZ when I found out it’s mostly frog pee. I mean, come on … gag me with a spoon. But when I saw the awesome results people were getting, you know, I had to try it. And I’m so glad I did!” 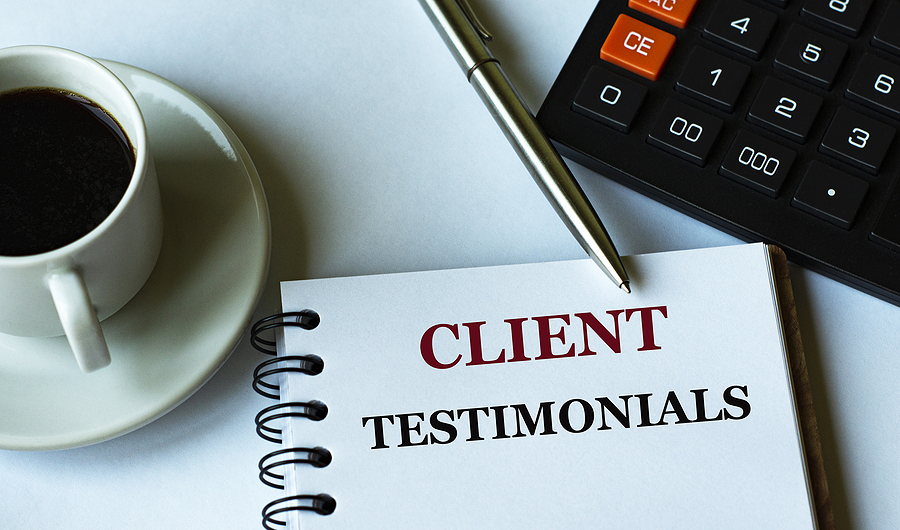 And always put a headline at the top of each testimonial. Take the most compelling phrase out of the testimonial or write an attention-arresting headline that references what the person quoted said. Communicate a benefit to the prospect or induce curiosity to draw their attention to the testimonial.

Voice testimonials are more believable than straight text. This is also true of what you say about yourself. If people can see you and hear you it adds believability to your claims. Communicate in all three modalities if possible.

If you can’t get a video testimonial, at least try to get a picture and permission to use the person’s full name, location, web address etc. The more details the better.

Encourage your testifiers to share something about their personalities and lifestyles in their success stories.

Ideally, you want testimonials that say something about the identity of your best prospects. Not only should your testimonials communicate benefits and diffuse objections, your prospects should be thinking, “Hey, this guy or gal is a lot like me”.

That’s it, but if you want to go deeper into creating automated systems for attracting clients, besides building trust and credibility, apply now for our FREE business analysis and strategy session (by application only).

We’ll not only show you where you’re falling down in the relentless quest for more clients, we’ll devise a personalized fast-implementation plan for automating and scaling the whole process.