One of the books on grandfather’s shelf when I was growing up was, The Short Stories, by Ernest Hemingway.

I used to love reading The Killers, My Old Man, and The Battler especially.

Over the weekend I dusted the old book off, read it cover to cover, and made a few notes…

Hemingway started his career as a journalist, eventually translating much of what he learned from crusty old newspaper copy chiefs to the telling of short stories. 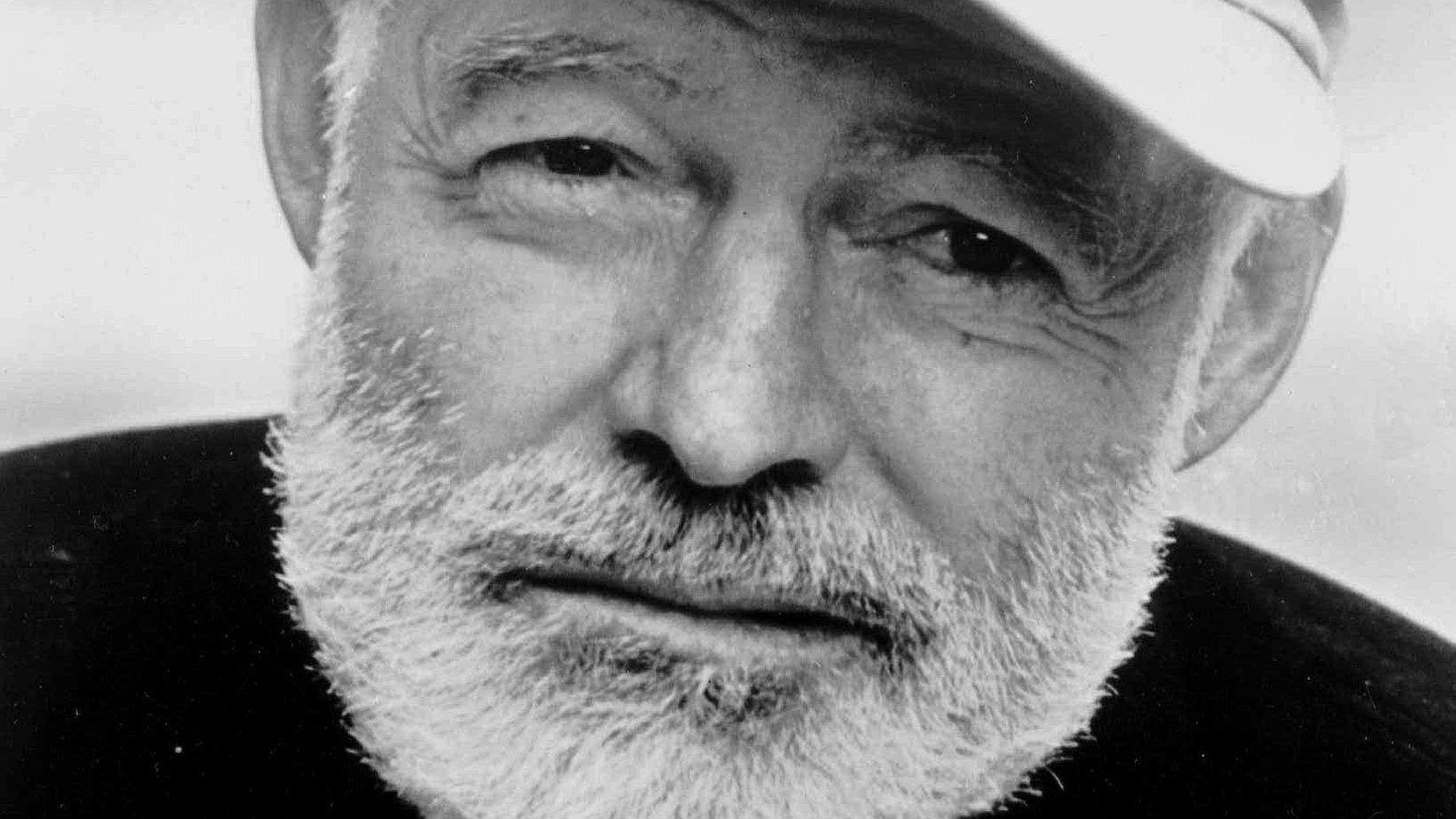 In many ways, this transplanting of the sparse reporter’s style to the realm of dramatic writing was what made him one the most influential writers of the 20th century.

Personally, I think there are important parallels to copywriting and web marketing in both of these disciplines.

A journalist answers the questions who, when, where, what, and why – as directly as possible. He catalogs the facts in decreasing order of importance. And tries to personalize the story, making it seem more relevant and important to his audience than it probably is. The storyteller, the opposite…

Instead of punching the audience in the nose with his main point as quickly as humanly possible, he teases the reader along. Gradually, lifting the veil on the point he’s chosen to make. Questions are raised… dramatic conflict revealed… and slowly paid off.

As copywriters we need to be skilled in both of these disciplines. That’s why I think there’s a lot we can learn from Hemingway. He excelled at both.

The first thing you’ll notice when you read these stories is their simplicity. The minimalism is striking …

Jim Gilmore came to Horton’s Bay from Canada. He bought the blacksmith shop from old man Horton. Jim was short and dark with big mustaches and big hands. He was a good horse-shoer and did not look much like a blacksmith even with his leather apron on. He lived upstairs above the blacksmith shop and took his meals at D.J. Smith’s.

His descriptions generally consist of short declarative sentences. They use simple Anglo Saxon derived words which tend to have clear unambiguous meanings. And you find few adjectives. The above paragraph reads at a 4th grade level.

What are the implications of such style when it comes to sales copy?

Well, since many people in America lean toward functionally illiteracy, it means your message is more likely to be understood. That can’t be a bad thing.

And when your copy is simple and straightforward like this, it has the ring of truth. You appear open and honest.

Hemingway’s writing is also quite lyrical. He uses a lot of alliteration, repetition, and rhythm. But it’s subtle, never calling attention to itself.

Your Ear Is Seduced. The Words Begin to Flow Effortlessly, Almost Like Music…

As example, look at the repetitive s sound throughout the first part of the following paragraph. Look at the counterpoint between the second and third sentences, beginning with the words outside and inside respectively. And notice the 4, 3, 2, staccato rhythm in the final two sentences, both beginning with h and ending in f.

So he ate an orange, slowly spitting out the seeds. Outside, the snow was turning into rain. Inside, the stove seemed to give no heat and rising from his writing table, he sat down upon the stove. How good it felt! Here at last, was life.

Great sales copy is lyrical too. Unconsciously, a skilled copywriter strings words together in ways that are pleasing to the ear. He constructs sentences that flow smoothly from one thought to the next. And he beats out a hypnotic rhythm that mesmerizes the reader, just like Hemingway did.

Probably the most significant thing about Hemingway’s writing is the way he makes you empathize with the characters in his stories. Nowhere does he describe their emotions. It’s up to you, the reader, to conclude their feelings, values, and motivations – from their actions… from their dialog… from other character’s reactions to them… and from the decisions they make. Just as you do in real life.

Nothing is what it seems on the surface. Every word is carefully calculated to imply something deeper. Abstraction is vigorously avoided. Thus you are given the opportunity to experience the character’s feelings first hand.

Hemingway could have written, “Liz had a crush on Jim.” But there’s nothing concrete about that. We understand it intellectually. But we don’t feel the giddy madness of a teenage girl experiencing her first heat.

Isn’t that what copywriting is really all about? Not necessarily teenage love, but evoking a specific emotion – an emotion that makes your prospect want to act on your sales proposition. If you want to create those kinds of emotions, do like Hemingway did. Lead your prospects to the meaning by showing instead of telling.

Hemingway believed a writer should know his subject so well that he could omit great tracts of it and the reader would still get a sense of its totality. 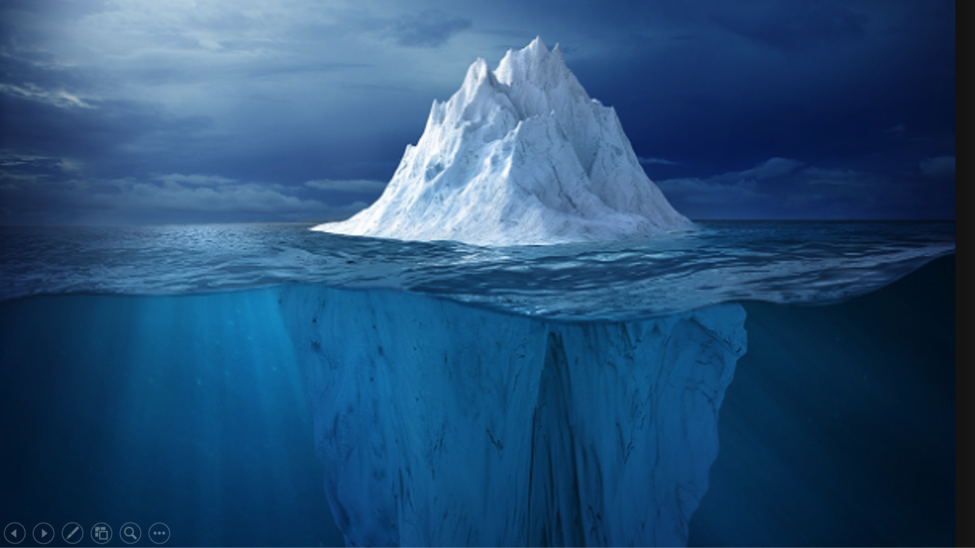 To understand the true significance of this, consider the fact that many of Hemingway’s short stories are almost pure dialog. The Killers is over 90% dialog. Imagine writing authentic sounding dialog while omitting almost all of the exposition, description, and narrative typically used to carry a story.

The Killers are a couple of prohibition era thugs hoping to knock off a Swedish boxer when he comes into a lunch bar for dinner. Hemingway fleshes the story out with nothing but dialog and a little narrative and description.

The door of Henry’s lunch room opened and two men came in. They sat at the counter.

“What’s yours?” George asked them.

Outside it was getting dark. The street light came on outside the window. The two men at the counter read the menu. From the other end of the counter Nick Adams watched them. He had been talking to George when they came in.

“I’ll have the roast pork tenderloin with apple sauce and mashed potatoes,” the first man said.

“What the hell do you put it on the card for?”

“That’s the dinner.” George explained. “You can get that at 6 o’clock.”

George looked at the clock behind the counter.

“Oh, to hell with the clock,” the first man said. “What have you got to eat?”

“I can give you any kind of sandwiches,“ George said. You can have ham and eggs, bacon and eggs, liver and bacon, or a steak.”

“Give me chicken croquettes with green peas and cream sauce and mashed potatoes.”

“Everything we want’s the dinner, eh? That’s the way you work it.”

“I can give you ham and eggs, back bacon and eggs, liver and–“

“I’ll take the ham and eggs,” the man called Al said. He wore a derby hat and a black overcoat buttoned across the chest. His face was small and white and he had tight lips. He wore a silk muffler and gloves.

“Give me the bacon and eggs,” said the other man. He was about the same size as Al. Their faces were different, but they were dressed like twins. Both wore overcoats too tight for them. They sat leaning forward, their elbows on the counter.

“Got anything to drink?” Al asked.

“I mean you got anything to drink?”

“Just those I said.”

This is a hot town,” said the other. “What do they call it?”

“Ever hear of it?” Al asked his friend.

“What do you do here nights?” Al asked.

“They eat the dinner,” his friend said. “They all come here and eat the big dinner.” 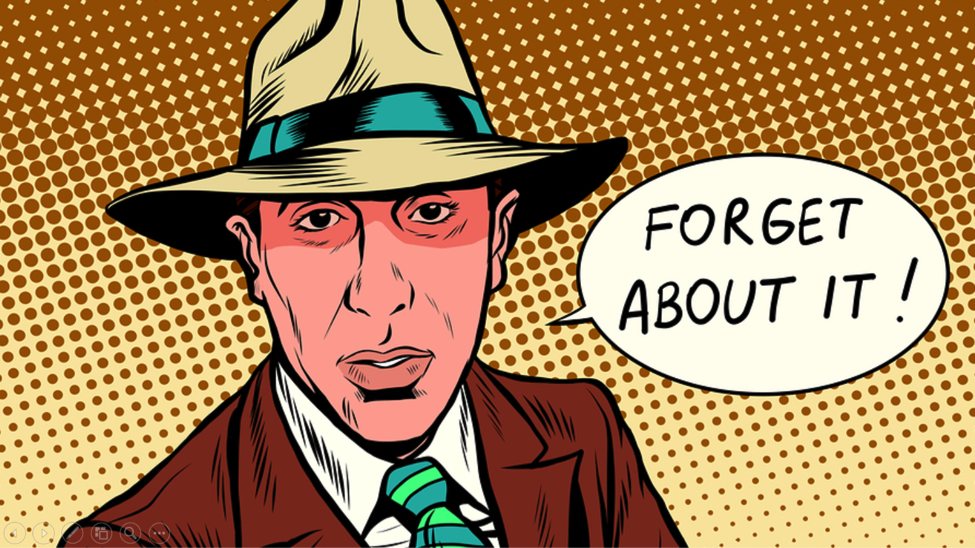 Nothing said about a couple of Mafia thugs walking into a diner. Not a word. It’s all carried in the dialog and just a few lines of description. Yet you can almost see DeNiro and Pacino, bantering back and forth, can’t you?

Imagine how intimately Hemingway must have known this story in order to be able to tell it like this, with so much of the iceberg submerged.

Shouldn’t You Too Have a Distinct Way of Talking – A Way That Mirrors the Style of Your Prospect?

When you think about it, the “me to you” style of writing I’m doing right now – the kind of writing that comprises 90% of direct response copy – is a kind of dialog. We are talking to our prospects, aren’t we?

If Hemingway can articulate these characters so convincingly, do you think you might be able to do a better job of characterizing yourself as one of your prospect’s kind of people, thus forging a much stronger connection?

You want to know how to do this?

It’s all about finding your prospects in their natural habitat and listening to them with total present moment awareness… listening to not just their words, but also the music of their voices.

Make your way to a bar or restaurant or some other place where they’re all around you. Close your eyes and let the sounds wash over you. Listen to their phrasing and odd verbal ticks. Take in the rhythm.

After a time, forget you even understand the words. Listen as though you were listening to a foreign language. And you’ll begin to understand. Indeed, these are the kinds of pains Hemingway took.

Page after page after page was for his own benefit, his way of getting to know the world he was creating and the characters in it.

Of course, there are more notes. Perhaps I’ll share them with you another day.

P.S. Veiling your persuasion in riveting stories is probably the best way to increase your sales conversion. It’s made me more money than any other copywriting skill.