If you’re like me, you’re constantly on the lookout for an edge. A new key that can ignite your online sales and profits, and take your business to new heights…

And one of those keys for sure, is the constant quest for vivid pictures of satisfaction that you can install in the minds of your prospects to magnify their desire to buy. Agreed?

Last week we talked about using mental imagery in your copy to magnify and intensify your prospect’s desire for your offering. But there is another dimension of desire that you can tap into, beyond the emotional satisfaction of wants and needs that we discussed.

This kind of desire is far subtler, partly unconscious, longing not for satisfaction, but expression!

Yes, the innate human desire to express oneself as “a certain kind of person” forms a powerful buying motive. Our possessions are much more than tools that satisfy a functional purpose.

They are in fact symbols of our identity. They define us as “influential”, “respected”, “carefree”, “sexually desirable” and so on. We buy them in part to send a message to the world!

This compulsion to express our “identity” as human beings is a profound force that touches virtually every offering you will ever wish to sell. It is something that you can actually “manufacture” into the offering …

The identifying power you project onto an offering is in some cases the prime selling feature… and it can give you a decided competitive advantage where two competing offers stack up functionally identical in price and performance.

Let’s explore this phenomenon a little more deeply. Simply put, it is a desire to act out a particular role on the stage of life. It is a desire of your prospects to be seen by the world in a certain way – to express the personal qualities they value, and to make their social status evident to those around them.

The Yin and Yang of Desire!

No matter what it is you’re selling, there is both an internal, and an external frame of reference when it comes to desire. Let me give you an example …

Suppose you’re selling some kind of a money making product. Now we all know that money in and of itself is not an ultimate benefit. It’s what you can do with the money, and what that in turn means to you at an emotional level.

Take a look at the following two snippets of copy ..

“Imagine the sense of achievement, and how confident you’ll become when you’ve got these incredible money making skills at your disposal!”

“Picture the smiles of appreciation your family will reward you with when they begin to enjoy the new lifestyle this knowledge can afford you.”

“Imagine yourself walking along a hot sandy, sun drenched beach. An azure haze hangs over the skyline as the warm wind caresses your bare skin.

As you stride confidently to your favorite spot, your breathing is normal, and your body relaxed. You smile to yourself, knowing you could walk for miles like this without becoming fatigued.

The beach is busy, and as you glance around, you catch the eye of a member of the opposite sex. They smile at you, and you smile back.

You walk assuredly into the water, and swim a couple of hundred yards out and back…”

Even mundane purchases at a local grocery store are influenced by this desire to express one’s identity. People select certain foods for all kinds of reasons that have little to do with taste, or the nutritional value of the food…

It is a quest for acknowledgement. To be acknowledged as… “adventurous”, “slim”, “sexy”, “sophisticated” and so on… Every new longing for identification within your market yields yet another way for you to channel desire toward your offering.

A Rich New Vocabulary of Dreams! 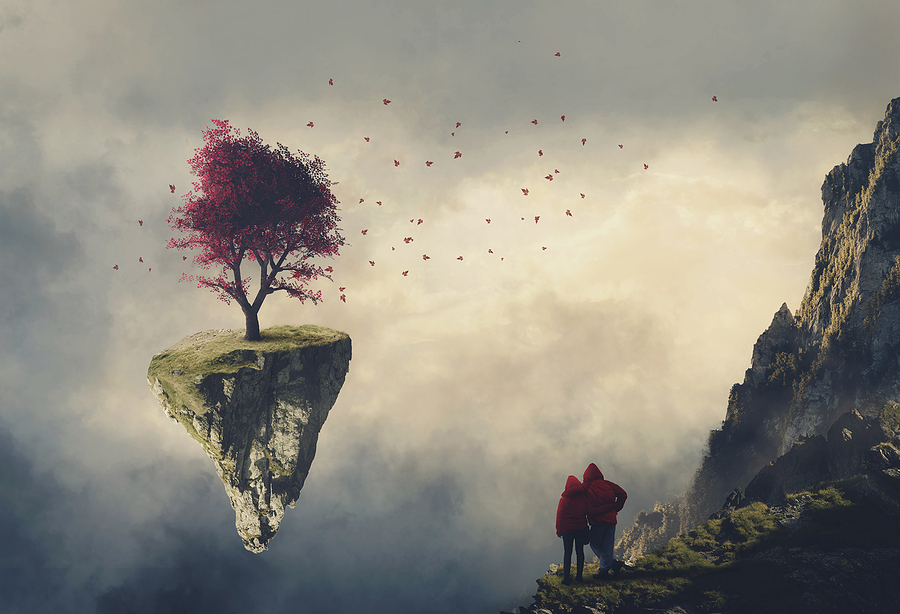 So how can you harness this special kind of desire, and propel your prospects toward a purchase? First, it’s important to understand there are two ways of approaching this whole idea of role-playing and identification…

Your prospects wish to attain mastery of certain personality traits which they deem admirable, but more importantly, they wish to flaunt them… to be seen as their possessors.

They want to focus the spotlight of other people’s attention on them. So your offering can be positioned as both a means of developing those personality traits, and as a symbol which makes those traits readily apparent to others.

A book on philosophy for example, serves as a vehicle through which one can become “well read”. A hardcover edition… displayed in a fine piece of polished walnut shelving also serves as a symbol of that attainment. Remove the idea of wanting to be identified as “well read”, falling back on the desire to satisfy academic curiosity alone, and chances are the book would never be purchased at all.

As the world marches towards ever increasing levels of affluence, it becomes more and more difficult to explain consumer buying behavior on the basis of product function alone. The engineering and ingenuity that goes into the creation of consumer products, and the functional satisfactions those products give to the consumer, are becoming increasingly insignificant. 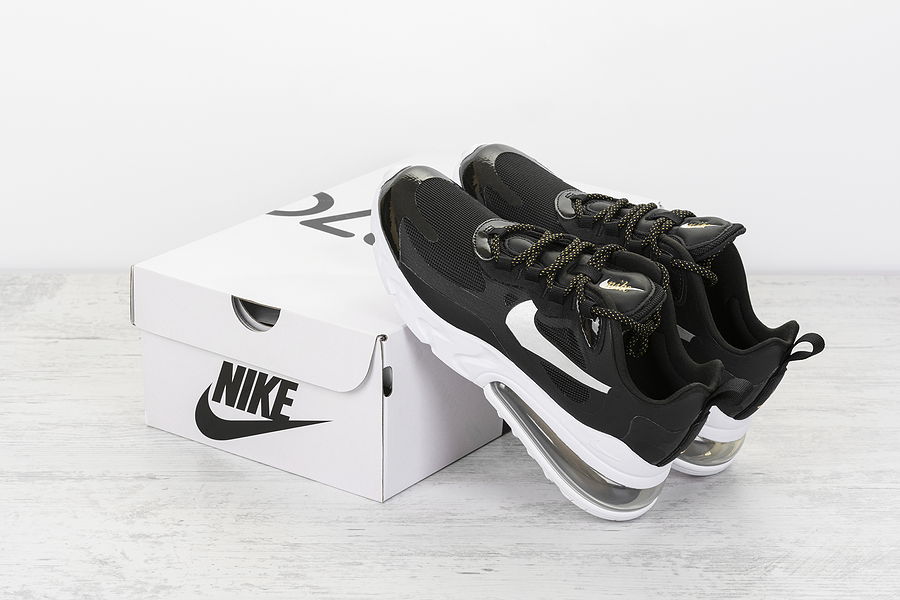 Here’s a mediocre shoe that sells at a premium price, because kids want to identify with the personality traits of the basketball heroes who endorse them. Wearing Nikes gives these kids superhuman powers… and a potent visual symbol that immediately identifies them as having such.

Nike is not in the shoe business at all. They’re in the business of manufacturing powerful identifications for their customers. And the result? Humongous sales and profits!

This brings me to another important point…

The roles you prompt your prospects to play out in their minds as they consume your copy are almost never stated openly, only hinted at, portrayed as images, and implied. They are ambiguous.

This is because the character roles your prospects are attracted to lie submerged in the subconscious. They are not stated or discussed openly, but subtly expressed through symbols and imagery. And so they are entirely subject to fantasy.

Therefore, your prospects are far more ready to believe the character roles you assign them than they are to believe the functional claims and performances of your offering.

If the character role is flattering, and subtle enough, it is quite easy to adopt. There is no direct claim to object to. No test situation called for; where the prospect must prove the validity of the role he or she has stepped into. Acceptance is therefore easy, painless, and non-demanding!

This is not true for a performance claim, where prospects demand tangible proof of results. This superb ease of acceptance is one of the prime reasons you should always supplement tangible claims with some kind of a character role for your prospects to identify with in your copy. And the process of doing so is a matter of creating mental imagery… placing your prospects in a flattering, self image boosting picture that is consistent with the character and personality traits they desire to be identified with. 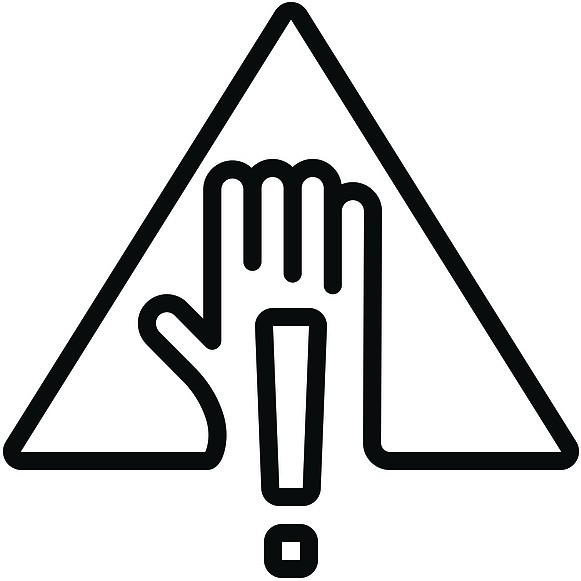 As with everything else that you do with your copy, choosing identifications that will resonate with your prospects begins with your market, and ends with your offering, not the other way around.

What I am talking about is research… because you cannot force your prospects to accept an association between your offering and a desired identification that is unrealistic. There is only so much stretching that can be done, and those limits and boundaries are in a constant state of flux. Even the identifications that people find desirable change over time.

There was a time when the most cherished identification for most women was “good wife”. This is clearly no longer the case. Your job as a marketer is to become intimate with the core complex of your audience as it stands at this moment.

The extent to which a particular identification will be accepted by your target market is fixed in the now, a concrete fact which you must accept. You cannot force a contradictory image onto your market.

Instead, take what already exists and expand upon it. Here’s one way to do it. Imagine the natural identification potential for certain products. Diamond jewelry, luxury automobiles, cruise ship holidays for example.

These products already embody the identification models that most people want. They actually symbolize those identities – “successful”, “rich”, “sophisticated” etc. The natural appeal of these products can be carefully grafted onto their lesser cousins.

In summary, our longings for identification are two-fold. We wish to express our identity, and we wish to be recognized for our accomplishments and social status. But we cannot go around boasting and bragging about them can we? Instead, we express ourselves through symbols – our possessions.

Create marketing that helps your prospects to realize they can express themselves uniquely through the ownership of YOUR offering… and watch your response rates soar!