Realize that if you’re asking for any kind of significant action in your marketing, you are seriously limiting your conversion potential by not having a strong spokesperson delivering your sales message.

People respond to people much more readily than they do to faceless, formless entities. It doesn’t have to be you, but you need a spokesperson delivering the majority of the copy.

What makes a great spokesperson?

Obviously, if you can find someone who fits this description, your job becomes substantially easier. Your copy simply needs to remain consistent with the existing positive associations. If on the other hand, you or your surrogate is unknown to the target audience, you have your work cut out for you.

Thankfully, there are many ways to engineer these qualities into your spokesperson with your copy and your graphic design.

OK, so you’ve chosen your spokesperson, what’s next?

You’ve got to create a bond with your audience, especially if they are unfamiliar with the person doing the persuading. Why? Because if your audience likes you, they are much more likely to take the action you direct them to take.

This requires much more than simply throwing somebody’s picture up on the page or their appearance in a video. Believe it or not, facial expression and the sound of the person’s voice is incredibly important. 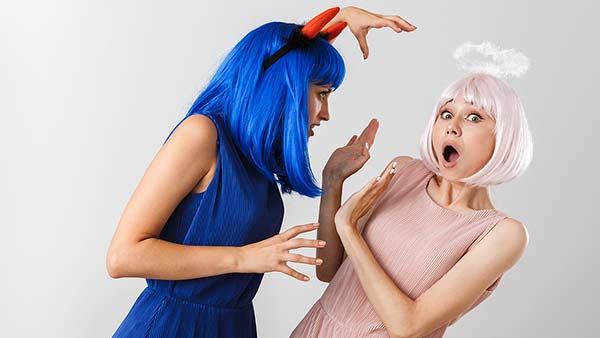 Social scientists have identified a peculiar trait of human nature termed the “halo” effect. The halo effect is all about first impressions. If our first impression is positively impacted by some trait we observe in another person, we tend to turn our critical discrimination off to a large extent and automatically assume every other trait that person has is similarly positive.

Of all personal traits, physical attractiveness contributes most to the halo effect. We see someone who is physically attractive, and we automatically assume that person is more likable, trustworthy, honest, intelligent, competent etc. than somebody who is less attractive.

Now here’s another incredible secret for you … 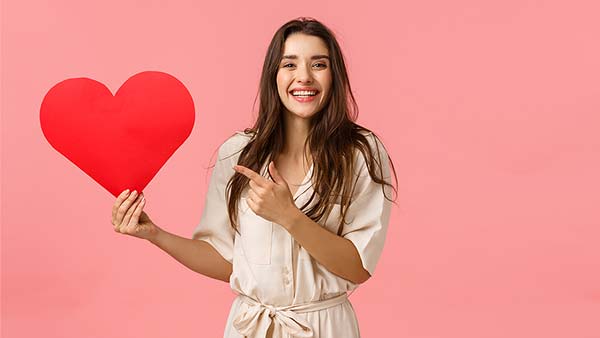 I proved the power of this principle for myself in the early nineties. At the time I was selling phone systems, and in order to do so, needed to book appointments with the decision makers at the businesses I was selling to. A big part of the game was getting by the receptionist or secretary who had been instructed to “protect” the decision maker from the hoards of barbarous salespeople who accosted them.

Using an identical script, I would approach the gatekeeper, one day in a normal manner, and the next day with a hyper-effervescent smile and sparkling eyes. The difference in results was stunning. With a thousand watt smile and all the charm I could muster, I booked at least 4 times as many appointments. Even more amazing, it worked just as well over the telephone.

So what does this have to do with marketing online? Plenty. You see, the image of the persuader can have the same kind of “halo” effect. If you have a warm smile, sparkling eyes, and are making wonderful eye contact, your prospects will automatically like you, trust you more, see you as being more competent, and respond more readily when you ask them to do so.

Just as powerful as the “halo” effect is the “horns” effect. If your spokesperson has a frown, or is looking away from the camera, or in some way looks shifty and unattractive to your audience, every positive word you put in that person’s mouth will be suspect.

The same holds true for the way you are dressed, and the setting in which you are displayed. The web is your virtual home, and its aesthetics contribute to your audience’s perception of you. If your copy, graphics or video production is sloppily done, it can put “horns” on you, and damage response.

Let’s say you’re selling “a carefree retirement with enough money to travel the world in style”. You can show your spokesperson doing just that, with his or her significant other in tow. Do you get the idea?

Now what about the copy?

Your track record is powerful proof of your competence. The more specific the facts and statistics you can put forward concerning that track record, the more competent you will appear. Examine the proof statements you can make that reflect on your track record. Look for ways to make them more specific and tangible to your prospects.

Are you giving enough detail to convey maximum believability? Are there ways that you can make the numbers come to life? For example, did you help Joe Blow make a million dollars last year? How much is that a week… a day… an hour? Help your prospect to appreciate the significance of your abilities. Draw comparisons between where Joe Blow was before and after buying.

Remember also, that all of these proof statements are far more powerful if they are stated in a voice other than your own. Look for ways to move some of these competency proofs to the voice of a client, or another authority figure. Also look for ways to fortify the facts and figures in your copy with visual proof. Show Joe sitting on the hood of his brand new Bentley.

As powerful as competency proofs are, they are not enough on their own to ensure conviction. Your prospects must give themselves permission to believe the facts you put before them. No matter how cut and dried your evidence may appear, there are two other factors at play.

Why bonding multiplies the power of proof … 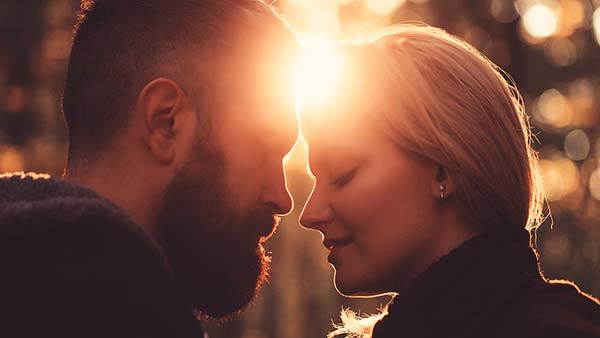 It’s another one of those hackneyed old sayings that contain a healthy dose of truth.

Before your prospects will allow themselves to believe your proof statements, they must also believe you are honest and have a genuine passion for wanting to help them.

You must communicate these intangible qualities in your copy if your credibility is to be fully accepted. Accomplishing these additional objectives should happen early, often and throughout your copy …

One of the most powerful ways to build rapport is to demonstrate that you are like them, and can therefore empathize with their plight.

Don’t try to make yourself super-human. Show your target audience you have some of the same beliefs, ideals, desires, frustrations, feelings, faults and frailties as they do. And communicate these things in the same words they use to describe them.

I stalk blogs and forums, put entry and exit surveys on my webpages, and talk to buyers routinely, not only to discover what they are thinking and feeling, but also to uncover the words they might use to express those thoughts and feelings in casual conversation.

At some point, you need to stop thinking about your target audience as an audience. Build a composite picture of your prospect in your mind. And begin communicating with that person.

Do you have him or her in your mind? I find it’s helpful to take a few moments to describe this imaginary person in writing, or picture somebody you know who is like them.

Imagine sitting across the table from this person in the flesh. How would you talk to them?

Would you say something like the following? “With the growing prevalence of unsolicited email, American business people today are finding it increasingly difficult to manage their inboxes. XYZ company realizes this, and has just…”

You’d get the same point across in a much simpler and more casual way. Perhaps you’d say something like: “I don’t know about you, but I’ve had it up to here with spam. Up until just recently, I was spending a good 2 hours a day just deleting the damn stuff…”

It’s easy to fall into the trap of using the kind of detached language I used in the first example because that’s the way we’ve been trained to write in school.

Flattery will get you everywhere  … 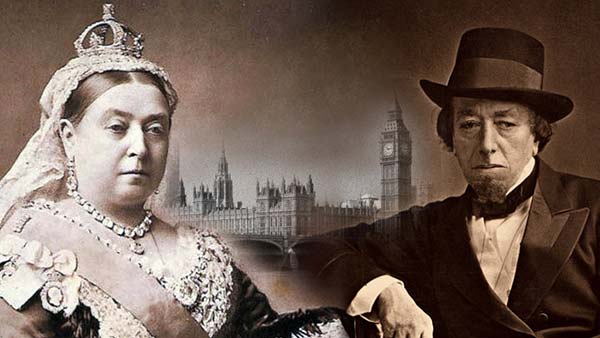 Another way to get your prospects to like you is to compliment them. Show them they’re the kind of person you admire. “In my book, Sunday Post readers are today’s real heroes. You tend to be fiercely independent, tough-as-nails individualists, with the hearts of lions… and a steel-willed competitiveness… ready to take on the world, and WIN!”

I saw a similar phrase in the Daily Reckoning that went one better. I don’t remember the exact context of the passage, but the phrase I remember went something like this …”It’s the same stuff all good Americans used to be made of – a robust spirit of self-determination, a healthy distrust of big government and its propaganda, and more than a dash of orneriness and grit.”

Do you see the implied common enemy mixed in with the flattery there? That phrase packs a walloping one-two punch that’s almost certain to build a blinding rapport with a properly targeted audience. The presence of a common enemy “big government”, binds the prospect and the spokesperson together still further.

Have you ever wondered why the exposé format is so popular? It’s not just the curiosity factor, or the vengeance angle. By its very nature, an exposé implies an injustice, which in turn allows you to easily position yourself as an advocate fighting for your prospect. Having a common enemy glues you together with epoxy cement.

Go back and look at your copy now and see if you can’t incorporate flattery or camaraderie — or some clever combination of the two. Position yourself as a tireless hero doing battle against a common enemy, simply because you’re committed to helping the kinds of people your prospects are. Have a passionate cause that transcends the sale.

You have to give before you get  …

And finally, true friends are generous with one another. They give before they get. By giving your prospect something of value without requiring him to buy anything, you are endeared.

Your copy should come across like editorial, imparting useful information. If you do this properly, your prospect will feel subtly indebted and obliged to reciprocate by taking the action you direct them to take when you close in the copy.